Maharashtra farmers to get sops for using solar pumps 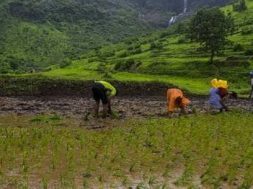 Maharashtra farmers to get sops for using solar pumps

To encourage farmers to use solar agriculture pumps, the Maharashtra government has decided to give two LED bulbs, a DC fan and a mobile charging socket as freebies.

The State has launched the Atal Solar Krishi Pump Yojana (ASKP) for farmers with a subsidy of up to 95 per cent on solar pumpsets. The State plans to install one lakh solar pumps.

The State aims to reduce losses due to non-payment of electricity bills and also promote solar energy by implementing the scheme. The Government Resolution issued on January 1 states that along with solar pump, farmers will get two LED bulbs, a direct current (DC) fan and mobile charging socket.

State officials said the scheme would be beneficial to farmers who reside in remote areas where the agricultural feeder is not possible. The Maharashtra State Electricity Distribution Co Ltd (Msedcl) is the implementing agency.

However, farmers are not very excited about the scheme.

“The government is not able to gauge the depth of agriculture crisis and sufferings of farmers. By providing fans and mobile charging sockets, farmers are not going to opt for solar pumps. There is a need for a campaign to educate farmers about solar energy and at the same time the government has to ensure that scheme reaches to the poor farmers,” said agri-entrepreneur and farmer Prashant Pawar.