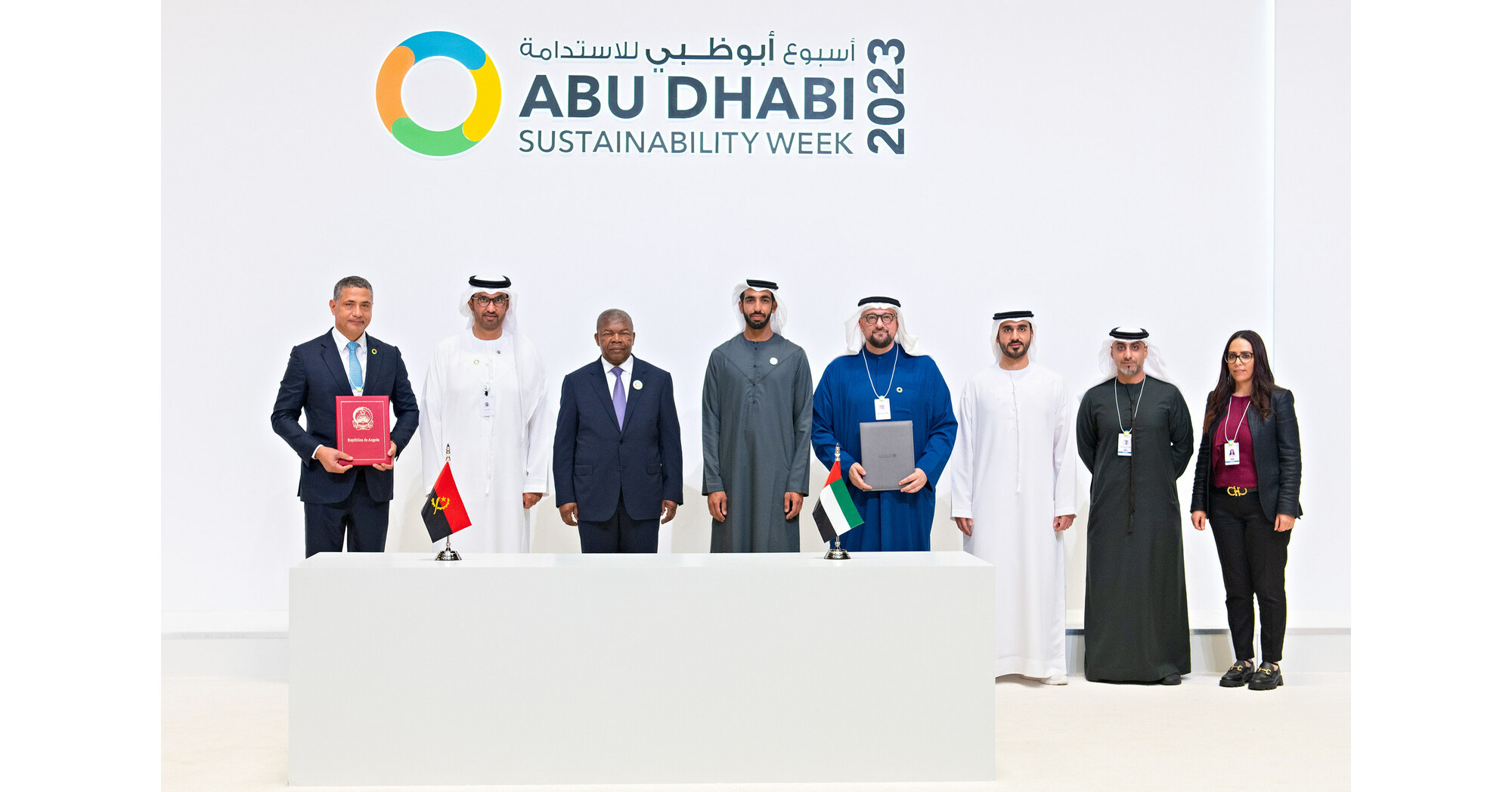 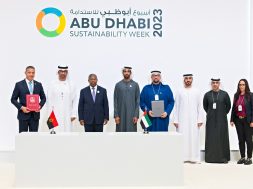 ABU DHABI, UAE : Masdar has demonstrated its commitment to helping African nations in their clean energy transition by signing agreements at Abu Dhabi Sustainability Week (ADSW) 2023 with three countries – Angola, Uganda and Zambia – to develop renewable energy projects with a combined capacity of up to 5 gigawatts (GW).

The agreements were signed under the umbrella of the Etihad 7 initiative, a UAE-led initiative that aims to raise public- and private-sector funds to invest in the development of Africa’s renewable energy sector. Etihad 7 was launched at ADSW 2022 by HE Sheikh Shakhboot Nahyan Al Nahyan, Minister of State in the UAE Ministry of Foreign Affairs and International Cooperation (MoFAIC) with the aim of achieving 20 GW capacity to supply 100 million people across the continent with clean electricity by 2035.

HE Sheikh Shakhboot Nahyan Al Nahyan, Minister of State in the UAE Ministry of Foreign Affairs and International Cooperation (MoFAIC), said, “The UAE and African nations share a firm belief in the tremendous potential that clean energy offers Africa to unlock economic and climate action progress. That is why the UAE launched Etihad 7 last year at ADSW, a program dedicated to accelerating universal access to clean energy across Africa by supplying clean energy to 100 million people by 2035. The signings made this week at ADSW 2023 demonstrate the great traction that we have gained and the milestones that we have achieved together over the past year.”

HE Dr Sultan Al Jaber, UAE Minister of Industry and Advanced Technology, COP28 President Designate, and Chairman of Masdar, said: “The UAE is committed to advancing sustainable development in the Global South – and especially in our brotherly nations in Africa. These landmark agreements, which aim to deliver up to 5 GW of energy to Angola, Uganda, and Zambia, follow last year’s signing of a 2 GW agreement for renewable energy projects in Tanzania. These further agreements will be transformative to local communities and will help African nations to drive economic growth for their people while still meeting net-zero objectives.”

The agreements signed under the Etihad 7 umbrella at ADSW 2023 are:

HE Joao Baptista Borges, Minister of Energy and Water, Republic of Angola, said, “Today with the new up to 2GW agreement between the Government of Angola and Masdar another step towards a clean and affordable energy transition has been achieved. The project will improve production capacity, creation of jobs and the improvement of access to electricity by the Angolan people. We look forward to tightening the ties between our two countries toward development and partnership.

HE Ruth Nankabirwa Ssentamu, Minister of Energy and Mineral Development, Republic of Uganda, said, “The Government of Uganda is delighted about the partnership with Masdar that will enable the addition of 1 GW of renewable energy to Uganda’s generation capacity. This will go a long way to contributing to the attainment of our universal access goals and our energy transition goals. We look forward to developing this project within the agreed timeframe.”

Eng, Victor Benjamin Mapani, ZESCO Managing Director, said: “The historic signing between Masdar and ZESCO is a milestone on an agreement that will see the two parties develop solar energy generation projects to a total capacity of 2 gigawatts in a phased approach over the next 10 years. ZESCO, along with Zambia overall, views the development of clean energy that is complementary to hydropower as a matter of urgency for energy security. We are reassured that we have found the right partner with Masdar and can say we are well positioned to deliver value of mutual benefit through this partnership.”

Mohamed Jameel Al Ramahi, Chief Executive Officer, Masdar, said, “As part of Masdar’s new shareholding structure launched in December, we have a goal of delivering 100 GW of clean energy around the world by 2030. With Africa’s massive projected development and growth and low current clean energy penetration levels, we see enormous potential for the renewable energy sector across the continent. The agreements we have signed at Abu Dhabi Sustainability Week will support these nations’ clean energy goals and help to drive sustainable economic development for all four countries.”

Last August, Masdar also signed an agreement with TANESCO, the sole provider of electricity in Tanzania, to develop renewable energy projects with a total capacity of up to 2 GW, also under the umbrella of the Etihad 7 program. The two parties are in the process of finalizing the establishment of a joint venture company to advance this strategic collaboration.

According to the International Renewable Energy Agency (IRENA), less than half of the Sub-Saharan African population has access to electricity. Africa also generates just 20 percent of its electricity from renewable sources. The continent has a theoretical potential capacity of approximately 850 terawatts (TW) of solar and wind, according to a report produced last year produced by Masdar and Abu Dhabi Sustainability Week with analytical support provided by McKinsey & Company.

Masdar has already established a considerable presence in Africa, having formed its Infinity Power Holding joint venture with Egypt’s Infinity to target opportunities on the continent. In November, Masdar, Infinity Power and Hassan Allam Utilities signed an agreement with the Government of Egypt to develop a 10 GW onshore wind project – one of the largest wind farms in the world. The three companies are also cooperating on the development of green hydrogen projects in Egypt, targeting a combined electrolyzer capacity of 4 GW by 2030, and an output of up to 480,000 tonnes of green hydrogen per year. Masdar also has projects in Mauritania, Morocco, and the Seychelles.

Abu Dhabi Future Energy Company (Masdar) is the UAE’s clean energy champion and one of the largest companies of its kind in the world, advancing the development and deployment of renewable energy and green hydrogen technologies to address global sustainability challenges. Established in 2006, Masdar is today active in over 40 countries, helping them to achieve their clean energy objectives and advance sustainable development. Masdar is jointly owned by Abu Dhabi National Oil Company (ADNOC), Mubadala Investment Company (Mubadala), and Abu Dhabi National Energy Company (TAQA), and under this ownership the company is targeting a renewable energy portfolio capacity of at least 100 gigawatts (GW) by 2030 and an annual green hydrogen production capacity of up to 1 million tonnes by the same year.

Abu Dhabi Sustainability Week (ADSW) is a global initiative established in 2008 by the UAE and its clean energy powerhouse Masdar. For over 15 years, ADSW has brought together heads of state, policymakers, industry leaders, investors, entrepreneurs, and youth, to discuss, engage, and debate climate action and innovation that will ensure a sustainable world. By enabling impactful dialogue and providing a platform to translate pledges into practical outcomes for a net-zero future, ADSW 2023 aims to play a crucial role in driving momentum between COP27 and COP28.