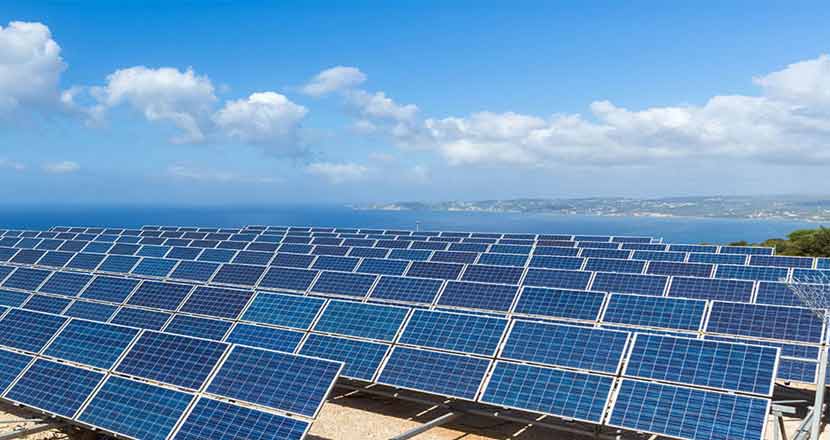 SAN JOSE, Calif. and SINGAPORE: Maxeon Solar Technologies Pte. Ltd. (Maxeon), currently a wholly owned subsidiary of SunPower Corp. (NASDAQ:SPWR), today announced a proposed offering, subject to market and other conditions, of $175,000,000 aggregate principal amount of its green convertible senior notes due 2025 in a private offering to qualified institutional buyers pursuant to Rule 144A under the Securities Act of 1933, as amended. Maxeon also expects to grant the initial purchasers of the notes an option to purchase, for settlement within a period of 13 days from, and including, the date notes are first issued, up to an additional $26,250,000 principal amount of notes.

The notes will be senior, unsecured obligations of Maxeon, will accrue interest payable semi-annually in arrears and will mature on July 15, 2025, unless earlier repurchased, redeemed or converted. When the notes are initially issued, they will not be convertible. If SunPower’s previously announced proposed spin-off of Maxeon occurs within three months after the notes are first issued, and certain conditions relating to the physical delivery forward transaction described below are satisfied, then noteholders will have the right to convert their notes in certain circumstances and during specified periods. Maxeon will settle conversions by paying or delivering, as applicable, cash, ordinary shares of Maxeon or a combination of cash and ordinary shares of Maxeon, at Maxeon’s election. The initial conversion rate will be determined by reference to the average of the volume-weighted average price per ordinary share of Maxeon over the note valuation period of 15 consecutive trading days beginning on, and including, the fifth trading day after the date on which Maxeon’s ordinary shares are distributed to SunPower’s common stockholders in the proposed spin-off, if it occurs, and such ordinary shares begin to trade “regular way.”

fund the aggregate forward purchase price for the forward stock purchase transaction described below;
repay some or all of a promissory note for a principal amount of $100.0 million to SunPower that was issued in exchange for certain intellectual property necessary for the operation of the Maxeon business; and
general corporate purposes. If the proposed spin-off is not consummated, Maxeon intends to use the net proceeds from the offering, together with existing cash on hand, to fund the mandatory redemption of the notes, as described above.
Maxeon intends to allocate an amount equal to the net proceeds to finance or refinance, in whole or in part, existing and new projects meeting specified eligibility criteria related to environmental impact.

In connection with the issuance of the notes, Maxeon intends to enter into:

The forward transactions are generally expected to facilitate privately negotiated derivative transactions that purchasers of the notes may enter into with the forward counterparties or their affiliates, including swaps, relating to ordinary shares of Maxeon by which purchasers of the notes will establish short positions relating to ordinary shares of Maxeon in order to hedge their investments in the notes.

About Maxeon Solar Technologies
Following the Maxeon spin-off, Maxeon will be one of the world’s leading global manufacturers and marketers of premium solar power technology. Maxeon will continue the decades long SunPower technological innovation legacy and will operate an industry-leading sales and distribution channel across six continents. Headquartered in Singapore, Maxeon manufactures its solar cells in Malaysia and the Philippines, assembles solar cells into panels in France, Mexico and China (through its joint venture, Huansheng), and sells its products in over 100 countries.

About SunPower
As one of the world’s most innovative and sustainable energy companies, SunPower Corporation (NASDAQ: SPWR) provides a diverse group of customers with complete solar solutions and services. Residential customers, businesses, governments, schools and utilities around the globe rely on SunPower’s more than 30 years of proven experience. From the first flip of the switch, SunPower delivers maximum value and superb performance throughout the long life of every solar system. Headquartered in Silicon Valley, SunPower has dedicated, customer-focused employees in Africa, Asia, Australia, Europe, North and South America.