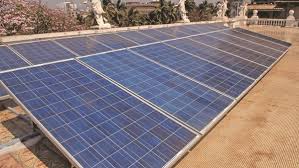 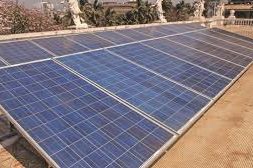 MUMBAI: The ministry of new and renewable energy has now decided to extend fixed charges payable by power distribution companies (discoms) for the consumption of power generated from solar, wind and small hydro projects as well. In a memorandum issued on Wednesday, the ministry has said that if power dispatch to discoms is discontinued if the discom has failed to pay its dues to the generator, the fixed charges will continue to accrue during the non-dispatch period.

On 28 June, the ministry of Power directed all discoms to open and maintain sufficient letters of credit (LCs) as payment security under power purchase agreements (PPAs) with generation companies. The rule comes into effect in August. The government took this measure as discoms’ dues to generators have mounted, placing the latter and their lenders under stress. So far, discoms have continued to procure power from generators without paying for 3-5 months, in some cases for much longer. Forcing discoms to acquire LCs will bring discipline to this part of the chain. If a discom doesn’t pay, the generator can enforce the LC, collect payment and discontinue power supply to the discom.

However, given their precarious financial positions, securing these LCs will be difficult to many state-run discoms, particularly those in Uttar Pradesh, Karnataka, Tamil Nadu and Telangana. If the LC is not available, power generators can discontinue supply of power to the discom.

Generally, PPAs of thermal power plants provide both a fixed and variable charge. The fixed charge – which covers the basic cost of keeping the plant running – has to be paid by discoms even if it doesn’t actually purchase the power. In today’s directive, the ministry of new and renewable energy has extended this fixed charge payable to renewable power projects as well.

The directive said that the energy generated during the non-dispatch period will be calculated on the basis of capacity utilization factor (as declared in the PPAs) and for plants that have been operational for over a year, the power not-dispatched will be calculated based on pro-rated actual energy generated in the last 12 months. The fixed charge will be the “tariff on which the power is purchased by the discom as it reflects the cost of installation, operation and maintenance of the power plant,” the directive said.