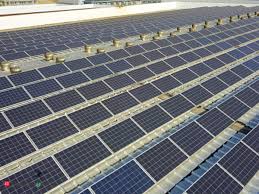 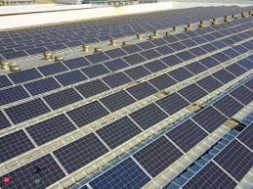 Currently India attracts 20 per cent safeguard duty and no basic customs duty on imported solar cells and modules from China, Malaysia and Vietnam which will expire on July 30 this year

New Delhi : The Ministry of New and Renewable Energy (MNRE) has recommended to its commerce and finance counterparts to impose basic customs duty on the imports of solar cells and modules mainly from China.

“We have recommended to the Ministry of Commerce and Ministry of Finance that the Government of India should levy basic custom duty on import of solar cells and modules,” MNRE secretary Anand Kumar said speaking at an industry event here.

The revenue department of the finance ministry had in July 2018 imposed a Safeguard Duty on solar imports based on a recommendation from the Directorate General of Trade Remedies (DGTR). That duty was imposed at 25 per cent on solar cells and modules from China and Malaysia for one year beginning July 30, 2018; followed by 20 per cent for the next six months and 15 per cent for another six months period ending July 2020.

Currently India attracts 20 per cent safeguard duty and no basic customs duty on imported solar cells and modules from China, Malaysia and Vietnam.

Kumar said there the government is working on a plan to set up a manufacturing base of solar equipment locally. “No manufacturing facility can come up in the country unless you give them protection. We all know that we largely depend on China for the import of solar cells and modules,” he said.

He further added that the levying of customs duty on imported solar modules will be in our domestic interest and will not be a violation of international trade agreements, as has been said earlier. At the same time, the government will ensure projects already installed or in the process do not get impacted.

Commenting on the government’s plan, Ameya Pimpalkhare, a renewable energy expert and an Associate Fellow at the Observer Research Foundation said: “The present safeguard duty comes to an end in July 2020. I guess this shall be replaced by customs duties on cells and modules.”

He added the solar-linked manufacturing tender has been floated and re-floated multiple times in the past but this time there is an actual interest from developers looking at the amount of deployment and manufacturing being promised.

“As per the tendering, Adani themselves are planning to increase their manufacturing from 1,200 Megawatt (MW) to 2,000 MW. Although, compared to China, we are still far behind. In case more such tenders are floated, it will be interesting to see how the developers respond to it,” Pimpalkhare told ETEnergyworld.

On the policy front, he said the one thing that the country really need to focus on is Research and Development (R&D). “There is miniscule amount of research in the field of domestic manufacturing of solar components. There needs to be a lot of funds flowing in to conduct this research. For example, a special economic zone dedicated to solar related manufacturing can surely boost the sector,” he said.