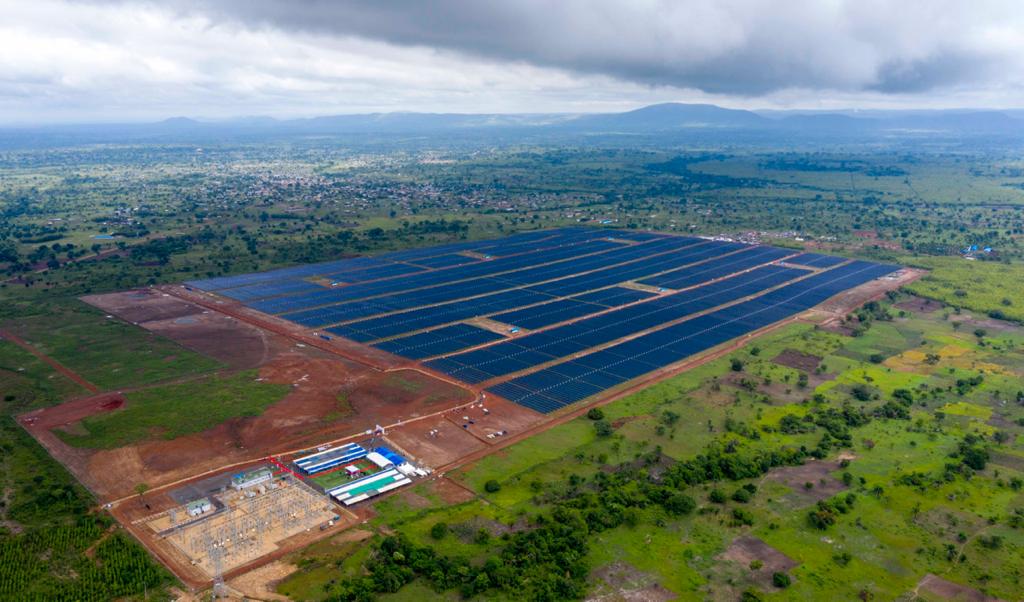 Built by AMEA Togo Solar, a subsidiary of AMEA Power, the plant, located on a 92-hectare site 267km from Togo’s capital, Lomé, will supply power to approximately 158,333 Togolese households per year in its first phase, with 9 percent of energy generation feeding into the local Blitta distribution network, enough to meet demand in the area.

Abu Dhabi Fund for Development (ADFD) helped finance the first phase of the project, at a cost of AED55 million, as part of its partnership with the International Renewable Energy Agency (IRENA) to support the development of renewable energy sources in developing countries.

Named after His Highness Sheikh Mohamed bin Zayed Al Nahyan, Crown Prince of Abu Dhabi and Deputy Supreme Commander of the UAE Armed Forces, the PV plant has been delivered in record time, with just 18 months between the signing of the Power Purchase Agreement (PPA) and commencement of commercial operations.

The inauguration was attended by Hussain Jassim Al Nowais, Chairman of Board of Directors of AMEA Power Company; Khalifa Abdullah Al Qubaisi, ADFD Deputy Director-General; Ahmed Badr, IRENA’s Acting-Director of Project Facilitation, Mila Aziable, Minister Delegate to the President of the Republic, in charge of Energy and Mines in Togo, and other senior officials from the Togolese government.

Sheikh Shakhbout bin Nahyan bin Mubarak Al Nahyan, Minister of State, said that the project epitomises the UAE’s efforts to build and strengthen partnerships with African countries, in line with the UAE leadership’s directives to drive development and prosperity in Africa.

The project helps accelerate the development of green economies that ensure a more sustainable future, he added. 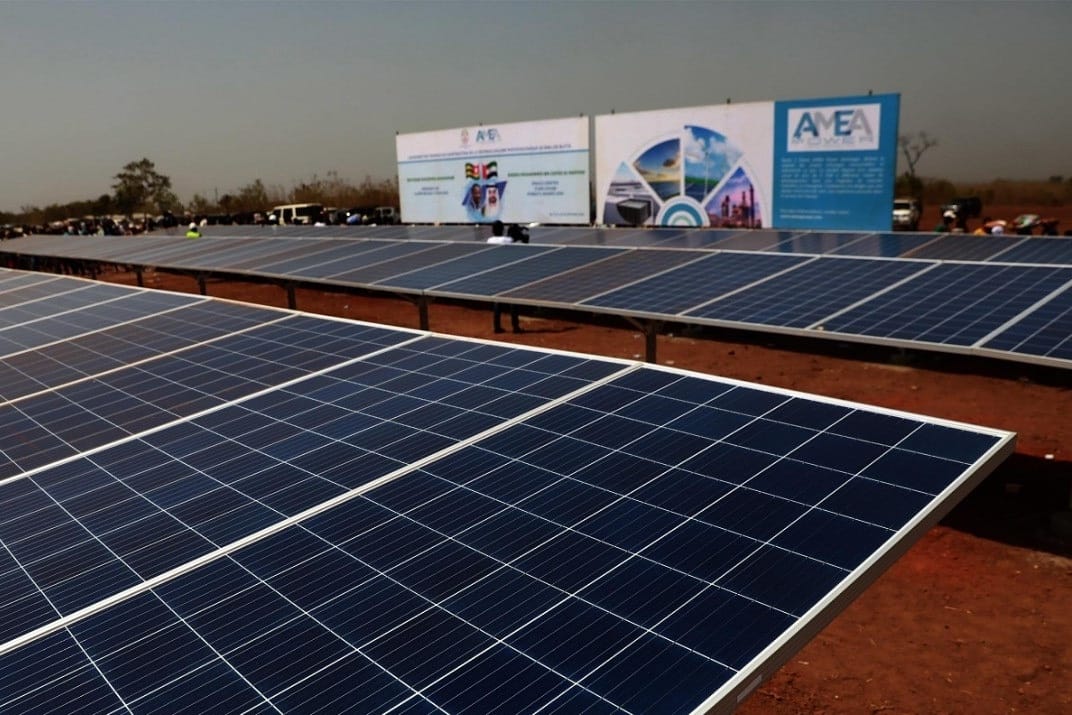 Al Nowais commented, “We are delighted to launch the Sheikh Mohamed Bin Zayed PV plant and extend our congratulations to all those involved.

Togo was an obvious choice for AMEA Power’s first operational power plant in Africa, with it being an important trade hub in West Africa, along with the government’s progressive regulatory framework for renewable energy projects, which was key in ensuring the completion of the project in a fast, efficient, and responsible manner.

This is an incredibly exciting time for AMEA Power, and we are on track to becoming one of the fastest-growing renewable energy IPPs, with several additional projects set to achieve financial close in 2021.”

For her part, Mila Aziable said, “The development of the Sheikh Mohamed Bin Zayed PV plant is an excellent example of a successful Public-Private Partnership in Africa, with AMEA Power utilising Togo’s committed implementation unit and favourable investment climate to pre-fund a large-scale renewable energy project on balance sheet.

We are delighted to have worked with a team of such highly-skilled professionals with demonstrated know-how in the energy sector.”

The project was supported with concessional loans from the West African Development Bank (BOAD) and ADFD.

The construction of the power plant helped create local employment opportunities, with 80 percent of plant workers hailing directly from Togo.

AMEA Power also invested directly in community initiatives in Blitta, which positively impacted more than 100,000 people, by constructing (and providing equipment for) one new clinic and three new school buildings; renovating four schools; providing school supplies for 1,400 students; and installing a water pump at a local primary school. AMEA Power will provide electrification via solar power to the schools and clinic.

Moreover, AMEA Power’s internship programme brought 36 engineering students from various technical institutions in Togo to the Sheikh Mohamed Bin Zayed PV plant, preparing them for employment by giving them the opportunity to apply their theoretical knowledge and develop their practical skills in renewable energies.

The power plant will be operated for 25 years by AMEA Togo Solar, saving more than 1 million tonnes of CO2 emissions over the course of its life.

The plant is instrumental in supporting Togo’s ambitious US$8 billion 2018 – 2022 National Development Plan (NDP), which aims to achieve universal access to electricity by 2030 and to increase the share of renewables in the energy mix to 50 percent.

0
0   0
previous 5 Year Anniversary of Solar Impulse 2 Atalantic Crossing
next Even With Low Tariffs, Why Growth in India's Solar Sector Is Slumping