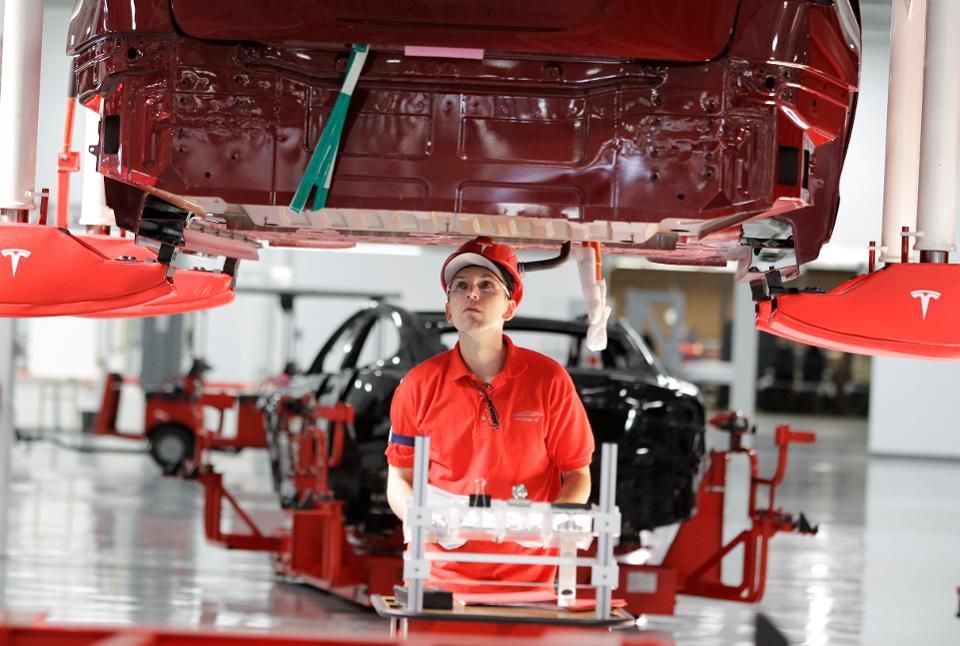 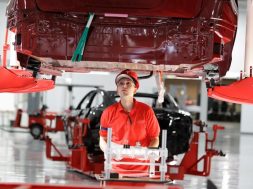 One can hardly fault the electric vehicles. They have fewer moving parts, so there’s less to build and less to break down. Many of the jobs needed to put internal-combustion vehicles on the road and keep them there, CRS says, will no longer be needed.

“Should electric powertrains displace those used by gasoline over the next decade and beyond, it is likely that both production and engineering jobs will be affected,” Bill Canis, a vehicle-industry analyst, writes in the recent report to Congress.

“Electric-vehicle powertrains, if built domestically and not imported, would generate production employment, but fewer employees may be needed than at present because vehicle battery packs have relatively few components and are less complicated to assemble than internal combustion engine powertrains.”

EVs do use a large number of electronic sensors, Canis writes, but sensors don’t require much labor to produce and assemble.

On the bright side, electrification will create opportunities: “Much of the mechanical and materials engineering work undertaken by automobile and parts manufacturers could be replaced by jobs requiring different skill sets such as chemical, battery, and software engineering or by imports of lithium-ion batteries.”

However, the U.S. may not be well positioned to fill those jobs: “Few U.S. universities offer degrees in battery engineering, a skill set that is in short supply even today.”

“Workers who today manufacture parts for gasoline or diesel engines could be retrained to make parts for electric vehicle motors and the lithium-ion batteries that power them, although there may be significantly fewer such jobs than exist in automotive supply chains today.”

0
0   0
previous Can The Dyson Vacuum Cleaner Guy Build A Better Electric Car Than Tesla's Elon Musk?
next Delhi Government To Promote The Use Of Electric Vehicles For Delivery