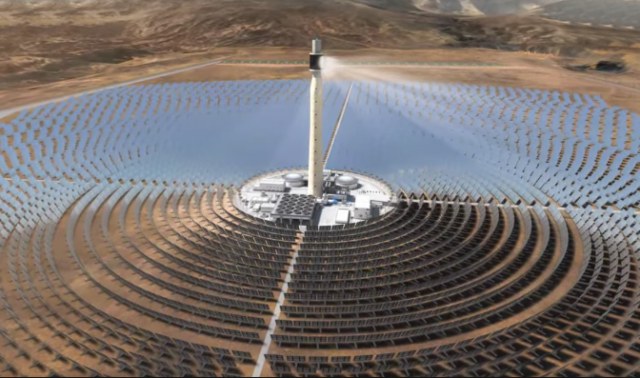 During his participation at the 5th session of the UN Environment Assembly (UNEA), the Moroccan official revealed that the solar station also prevents the emission of nearly one million tonnes of greenhouse gas per year.

Read Also: Morocco Invests Nearly $5.8 Billion in Renewable Energy Projects
Morocco adopted the SNDD in 2017 to ensure its transition to a green and inclusive economy by 2030.

The country launched the Noor solar program in 2009, with the objective of securing a minimum of 2,000 megawatts from solar facilities by 2020.

The Ouarzazate complex currently has a capacity of 580 megawatts spread over four plants.

In 2019, CNN reported that the project produces enough electricity to power a city the size of Prague, or twice the size of Marrakech.

The project is part of Morocco’s ambition to become self-sufficient in terms of electricity production.

As it looks to source 52% of its energy from renewables by 2030, Morocco has invested heavily in multiple energy projects to expand its wind, hydraulic, and solar infrastructure.

The country has invested nearly $5.8 billion in renewable energy projects, a sector that seeks to create 400,000 jobs over the next 20 years.