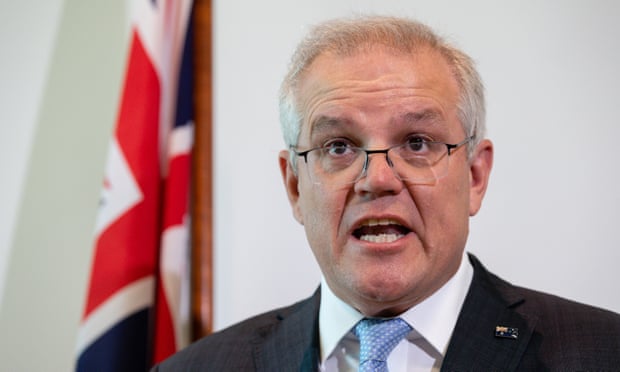 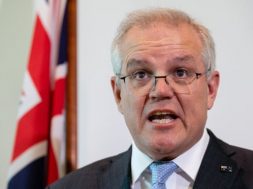 The Morrison government has quietly poured more than $285 million into new carbon capture and storage projects – in a bid to expand Australia’s fossil fuel industries – under the guise of creating new ‘clean hydrogen’ hubs.

During the first two weeks of the election campaign, prime minister Scott Morrison and energy minister Angus Taylor have traversed the country to announce plans for four ‘clean hydrogen hubs’, committing more than $280 million for proposed developments in Townsville, Darwin, the Pilbara and Kwinana.

Morrison and Taylor have pitched the hydrogen hubs as part of Australia’s shift to becoming a ‘clean energy powerhouse’.

However, this funding has been quietly paired with major new funding commitments for carbon capture and storage projects, highlighting that these ‘clean hydrogen hubs’ are likely to be using fossil fuels as a feedstock, rather than tapping into Australia’s ample supplies of zero emissions wind and solar.

The Morrison government has preferred the term ‘clean hydrogen’ as it allows it to include fossil fuel projects paired with carbon capture projects, rather than focusing on renewable hydrogen, which relies on sources like wind and solar.

Adding up the Morrison government’s carbon capture and storage funding totals to more than $285 million, suggesting that the ‘clean energy hydrogen hubs’ announcements have, in fact, been a trojan horse for an expansion of Australia’s fossil fuel industries.

For example, while Morrison announced this week that $70 million in funding would be provided towards a ‘clean hydrogen industrial hub’ in Darwin – but this announcement was paired with more than $133 million in funding for carbon storage projects, including $100 million to support the development of a CCS project by Darwin LNG and Santos to store emissions from LNG production.

Other funding promises include $25 million for a feasibility study into a new “Allam-Fetvedt Cycle” coal fired power station in Queensland, $40 million given to oil and gas giant Woodside for a new CCS project on the Burrup Peninsula and $35 million given to Glencore’s CTSCo project, to store carbon in the Surat Basin.

Notably, $15 million in funding has also been promised to Bridgeport Energy, to fund the use of stored carbon dioxide for enhanced oil recovery at the Moonie Oil Field, leading to an overall increase in fossil fuel use and likely emissions.

Carbon capture and storage projects have had a troubled history globally, but particularly so in Australia, where the only commercial-scale project that has commenced operation has faced major delays and operational challenges.

That project – at Chevron’s Gorgon LNG facility – has operated at half capacity after delays and equipment failures, some having become clogged with sand, caused the project to significantly underperform.

It has led many – including former prime minister Malcolm Turnbull – to criticise the push for ‘clean hydrogen’ as simply being a delay tactic for the benefit of fossil fuels.

The Australia Institute’s climate and energy program director, Richie Merzian, said that it was evident that the substantial amounts of funding being promised for new carbon capture and storage projects were part of an effort to expand Australia’s fossil fuel industries.

“Hydrogen made from gas and coal creates more emissions than if the fossil fuels themselves were burnt directly.”

“A significant portion of the Federal Government’s additional $120 million for so-called ‘clean hydrogen’ has been muddied by financing dirty fossil fuel-based hydrogen projects. This is antithetical to the intent of funding hydrogen for emissions reduction.”