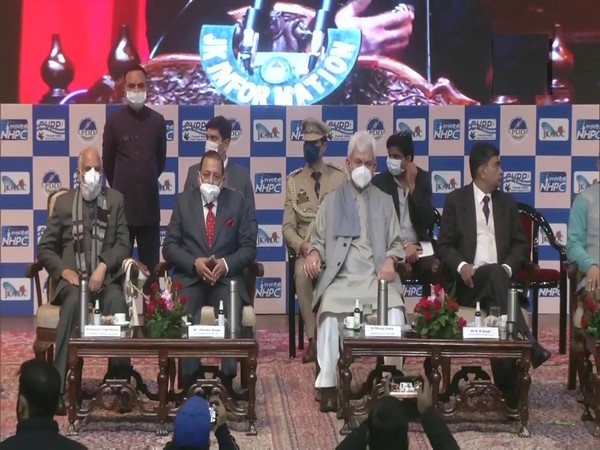 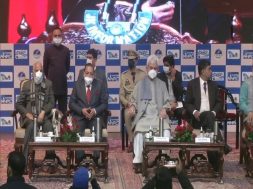 Jammu (Jammu and Kashmir ) : Several Memorandums of Understanding were signed on Sunday for implementation of much awaited Mega Hydro Power projects in a bid to make Jammu and Kashmir a power surplus region in the country.

The occasion also witnessed the inauguration of as many as 19 important projects of PDD aimed at greater generation, efficient transmission and better distribution of power supply in J&K during the Mega inauguration ceremony, the release said.

During his address, the Manoj Sinha observed that the MoUs signed today would attract investments worth Rs 35,000 crore for Jammu and Kashmir power sector and ensuring the region’s energy security and 24-hour power supply to the people of J&K.

“J&K is taking a quantum leap from being a power deficit to becoming a power surplus in the next four years. For the uninterrupted power supply, this is the most significant move by the J&K government”, said the Lt Governor.

As per the provisions of these MoUs, the projects will be handed over back to Jammu and Kashmir after 40 years of commercial operation which was not in case of earlier projects allotted to NHPC Limited, he remarked.

Speaking on tapping the potential of hydro energy, the Lt Governor observed that the vision of the Government is to effectively harness hydro energy resources of J&K with a goal to double the energy generation by 2024.

“Hydroelectricity would be a major contributor to the world’s energy security in view of the global shift towards sustainable energy and reduction of carbon emissions.
Our efforts are steering Jammu & Kashmir towards its energy sufficient and empowered future,” Sinha added.

“J&K’s journey from a power deficit to a power surplus region can only be realized with vision and planning. An entire overhaul is being made possible with the support of the Central Government without any expenditure by the UT administration,” the Lt Governor remarked.

The Lt Governor said that the UT Government is working on environmentally sustainable solar plants to augment renewable energy generation while reviving small hydro projects pending for a long time.

“Jammu & Kashmir was deliberately prevented from attracting investments and despite having abundant potential of power generation; its energy needs were not addressed. With the execution of new mega power projects, a number of other employment avenues would be generated for the locals,” the Lt Governor stated.

MoS PMO, Dr Jitendra Singh, in his address, said that the Mega Hydro Power Projects will not only generate employment but would increase the per capita income of J&K. He dedicated all the inaugurated projects to the common people of J&K.

In his welcome address, Principal Secretary, Power Development Department, Rohit Kansal gave an overview of the hydropower potential of J&K. He said that the initiative will add more than 3500 MW of energy and will thus help J&K become power surplus UT, he added.

Screening of film on Hydropower in J&K was one of the main highlights of the event. A video on various activities in the Power Sector in J&K by PDD was also screened on the occasion. (ANI)

tags: energy Jammy and Kashmir Memorandums of Understanding TSGS
0
previous Our vision is to harness hydro energy resources of J&K to double its generation by 2024: LG Sinha
next Power ministry proposes pushing back emission norms deadline