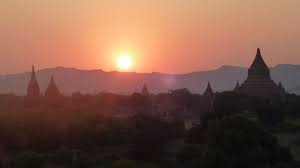 Myanmar’s Ministry of Electricity and Energy (MOEE) has concluded a 1 GW PV tender it launched in May by allocating all of the procured capacity. Final prices ranged from $0.0348/kWh to $0.051/kWh, according to a list of winning bidders, published by China Dialogue, a nonprofit organization.

The selected developers are now expected to sign 15-year power purchase agreements within the next 150 days, according to China Dialogue.

Offgrid solar already plays a key role in Myanmar’s electrification strategy. A number of rooftop PV arrays and minigrid projects have already been developed in rural parts of the country. However, the utility-scale solar segment has also started to take off. According to the latest statistics from the International Renewable Energy Agency (IRENA), Myanmar had cumulatively installed 88 MW of PV capacity by the end of 2019.