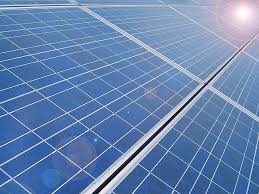 PV Tech’s analysis of ‘Solar Module Super League’ (SMSL) member JA Solar’s capacity expansion announcements in the first nine months of 2020 have revealed the company has already announced a total of over 104GW of plans, including ingot/wafer, solar cell and module assembly.

Just before completing this analysis, leading SMSL member JinkoSolar stunned the industry by confirming it had completed a 9GW expansion of module assembly capacity in the first half of 2020. This was intended to be completed by year-end and would extend assembly capacity to 30GW, a 90% year-on-year increase by the end of 2020. Full analysis of JinkoSolar’s news can be read here.

Not to be left out, JA Solar had a number of capacity expansion projects ‘under construction’ by the end of 2019, which the company reported in its first annual report after re-listing in China. PV Tech estimated that these plans would all be completed and operational in 2020.

The manufacturer is believed to have exited 2019 with in-house nameplate capacity of 11.5GW of ingot/wafer production, followed by matching capacity for solar cells and module assembly of around 11GW. Putting this in perspective, JA Solar’s PV module shipments in 2019 were reported to be 10.26GW, a record annual shipment figure and the first time the company had surpassed the 10GW milestone for annual module shipments.

The first capacity expansion plans to ramp in 2020 included around 2GW of ingot/wafer, 2GW of solar cell expansions and over 5GW of module assembly expansion plans. These were mainly in China but also cell and module expansions at its Malaysian facilities.

As a result, JA Solar was expected to end this year with in-house ingot/wafer nameplate capacity of approximately 13.5GW, solar cell capacity of around 13GW and module assembly exceeding 16GW.

Second wave of expansion plans
However, in the first two months of 2020, JA Solar announced a second wave of capacity expansion announcements. These included plans for a 5GW cell production facility (soon after doubled to 10GW in March) as well as a 10GW module assembly plant.

The newbuild projects were said to require capital expenditure of around RMB10.2 billion (US$1.5 billion). Importantly, these expansions were said to be planned over a four-year period with the initial phase comprising a 5GW expansion of solar cell capacity and 5GW of module assembly expansions. Phase I is expected to be in production by the end of 2021. Phase II will be completed and start ramping sometime in 2023.

JA Solar also announced a complete re-tooling of idled workshops for 2GW of wafering equipment (Diamond Wire) at a plant in Ningjin, China costing around US$ 9.8 million and only taking around three months to complete and start ramping production.