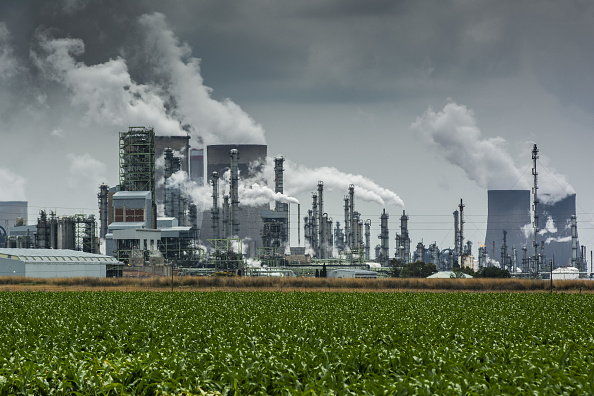 New report from the Coalition for Urban Transitions spotlights six emerging economies to demonstrate how cities can be engines of COVID-19 recovery, shared prosperity, and climate action.

Aims to inspire action by other national governments ahead of critical COP26 summit in Glasgow.

LONDON — A new report from the Coalition for Urban Transitions finds that in order to accelerate COVID-19 recovery, achieve shared prosperity, and drive climate action, national governments must invest in cities to significantly accelerate decarbonisation and enhance resilience.

These countries represent about 1/3 of global GDP, 42% of the world’s urban population, and 41% of global fossil fuel emissions.

The report finds that the six countries could collectively cut emissions by up to 96% from key urban sectors (buildings, transport, materials use, and waste) by 2050, lead to $12 trillion in economic returns based on cost savings alone and deliver millions of new jobs.

“The best way to create jobs, reduce inequality and spur economic growth is by investing in cities.

And cities need national governments to lead the way by including them in stimulus spending and enacting national policies that make them more resilient,” said Nick Godfrey, Director of the Coalition for Urban Transitions.

“Looking at six major economies, we find it is possible to not only accelerate the required shift to net-zero emissions by focusing on cities, but also to drive shared prosperity.”

Climate benefits, including cutting annual emissions from key urban sectors (buildings, transport, materials use and waste) by 87–96% by 2050 beyond their initial NDC commitments under the Paris Agreement.
Economic benefits including economic returns with a net present value of over $12 trillion by 2050, based on energy and material cost savings alone.
Development benefits including potentially supporting millions of new jobs in 2030: 15.2 million in China, 8.2 million in India, 2.3 million in Indonesia, 4.5 million in Brazil, 650,000 in South Africa, and 500,000 in Mexico.

“This report, Seizing the Urban Opportunity, shows how national governments can work with urban leaders to unlock the enormous potential in cities and in the urbanisation process,” said Amina J. Mohammed, UN Deputy Secretary-General.

“Greater national support for urban action is essential to cut carbon pollution in key sectors including energy, transport, construction and land use.”

The Coalition’s report highlights the vital role of cities as engines of national economies and livelihoods.

Yet it also makes clear that cities cannot do this on their own—national governments hold the key to urban transformation, given their scale, access to resources, and control over many policy realms.

“The run-up to COP26 in Glasgow represents a critical period for the world to put itself on track for a more prosperous and resilient future.

Cities can deliver 58% of the energy-related emission reductions needed to keep the global temperature increase to 1.5°C, so they are a vital piece of the climate action puzzle,” said Nigel Topping, High Level Champion for Climate Action COP26.

The report comes at a time when COVID-19 has changed the way people live in cities, and it thus underlines that this is the time to rethink cities’ roles and invest in their recovery.

The pandemic exposed economies and communities around the world to a wide range of challenges, with cities and the urban poor particularly hard-hit.

This includes economic challenges (unemployment has soared and up to 150 million people are expected to fall into extreme poverty due to the pandemic), social challenges (vulnerable communities are forced to live in overcrowded conditions and without access to adequate services, social safety nets, or transport), and climate challenges (cities continue to experience heatwaves, floods and landslides as climate hazards rapidly escalate).

This is thus a pivotal time for national governments, especially with COP26 in Glasgow coming up later this year, as the choices they make will either put their countries on track for a more prosperous and resilient future or accelerate the climate emergency.

“The pandemic has exposed inequalities and deepened vulnerabilities, particularly for informal workers in the six countries highlighted in this report.

National governments must prioritise sustainable urban infrastructure now to create millions of decent jobs in the near and long term as we recover from the pandemic,” said Sharan Burrow, General Secretary, International Trade Union Confederation.

The report highlights opportunities in each of the six countries and offers recommendations tailored to each nation’s specific context. For example:

Successful implementation of the report’s solutions could result in a 96% reduction of GHG emissions from Indonesia’s cities by 2050, economic returns of $2.7 trillion by 2050, and 2.3 million new jobs in 2030.

Report recommendations include restoring and protecting ecosystems such as mangroves and coastal peatlands, which could both reduce land subsidence and flood risks and avoid large amounts of emissions and pollution from fires.

“This report is as critical as it is timely. By 2030 nearly a billion people will be added to the global urban population—and trillions of dollars will be invested in urban infrastructure—in the decade where global CO2 emissions must be reduced by around half for the target of holding temperature increase to 1.5 degrees C,” said Professor Lord Nicholas Stern, Chair of the Grantham Research Institute on Climate Change and the Environment at the London School of Economics.

“Focusing on compact, connected, and clean cities—where it is easier to move, breathe and work productively and greenhouse gas emissions can be far lower than in existing urban structures—will be at the heart of achieving climate ambitions and finding a new path to strong, sustainable, resilient, and inclusive growth.”

About the Coalition for Urban Transitions

The Coalition for Urban Transitions is the leading global initiative supporting the efforts of national governments to transform cities in ways that accelerate economic development and encourage climate action.

The Coalition equips national governments with the evidence-based research and policy tools necessary to make cities zero-carbon, resilient, and inclusive.

Its current in-country programmes in China and Mexico, historical work in five other countries, and its global policy and research work provide models for how national leaders can place cities at the heart of national development plans to meet their economic, social, and climate goals.

Founded in 2016, the Coalition is comprised of 36 diverse stakeholders across five continents.

It is a special initiative of the New Climate Economy and jointly managed by the World Resources Institute Ross Center and the C40 Cities.

The Seizing the Urban Opportunity report was funded by the UK government, The Resilience Shift, the Global Covenant of Mayors for Climate and Energy and the Children’s Investment Fund Foundation.