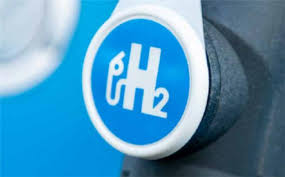 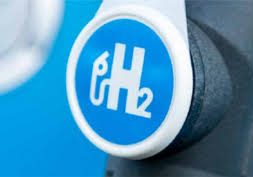 Solar Energy Corporation of India Limited (SECI), a public sector undertaking as an ‘Implementing Agency’ of the Ministry, plans and calls for tenders for development of RE projects on pan-India basis. SECI procures RE power at a central level, thereby reducing the off-taker risk of RE developers and sells it to DISCOMs. SECI’s efforts have resulted in flow of investments from all over the world into the country’s RE sector, and in a rapid decline in RE tariffs, which has led to large-scale uptake of RE in the country. The cumulative capacity installed in the country as on 31.12.2020 is 91,000 MW and further 50,000 MW of the projects are under implementation of which SECI’s share is 54%. To give a further boost to the RE sector, an additional capital infusion of Rs 1,000 crore to SECI has been provided which will enable SECI to float 15,000 MW of tenders on yearly basis. On yearly basis, it will attract investment of more than Rs. 60,000 crore, generate employment of 45,000 job years and reduce emissions of 28.5 million tons of CO2 per year.  Capital infusion will also enable SECI to set up innovative projects of with an investment of around Rs.17000 Cr.

IREDA, a Mini Ratna (Category–I) company under the administrative control of MNRE was set up in 1987 to work as a specialised non-banking financing agency for the Renewable Energy (RE) sector. As a specialised RE funding agency, it has developed expertise in evaluating all types of RE projects and projects developers as well as entrepreneurs are more comfortable dealing with IREDA. International lenders are also happy to channelize their funds to India’s large RE market through IREDA. With the equity infusion of Rs. 1,500 crore by Government of India, IREDA would be able to extend additional loan facility of Rs. 12,000 crore. This would be in addition to its existing book size of Rs. 27,000 crore. The additional equity will also improve its capital adequacy which will help IREDA in borrowing at lower rate of interest, thus lowering the interest rates for developers. It would also help in financing of around 4,500 MW of RE projects worth Rs 18,000 to 19,000 crore. It will generate employment of 13,500 job years and reduce emissions of 8.55 million tons of CO2.

The proposed National Hydrogen Energy Mission would aim to lay down Government of India’s vision, intent and direction for hydrogen energy and suggest strategy and approaches for realising the vision. The Mission would put forward specific strategy for the short term (4 years), and broad strokes principles for long term (10 years and beyond). The aim is to develop India into a global hub for manufacturing of hydrogen and fuel cells technologies across the value chain. Toward this end, a framework to support manufacturing via suitable incentives and facilitation aligned with ‘Make in India’ and ‘Atmanirbhar Bharat’ will be developed. It will provide necessary flexibility to capture benefit from advances taking place in technology landscape. The Government of India will facilitate demand creation in identified segments. Possible areas include suitable mandates for use of green hydrogen in industry such as fertilizer, steel, petrochemicals etc. Major activities envisaged under the Mission include creating volumes and infrastructure; demonstrations in niche applications (including for transport, industry); goal-oriented Research & Development; facilitative policy support; and putting in place a robust framework for standards and regulations for hydrogen technologies .The draft Mission document has already gone through consultation process and is expected to be finalized in February 2021. Thereafter, it will go through inter-ministerial consultation and Cabinet approval process.

Further, a production linked incentive ( PLI) scheme was announced in the budget 2021-22.

For manufacturing sector to grow in double digits on a sustained basis, manufacturing companies need to become an integral part of global supply chains, by possessing core competence and cutting-edge technology. Accordingly, PLI schemes to create manufacturing global champions for an AtmaNirbhar Bharat have been announced for 13 sectors including manufacturing of ‘High Efficiency Solar PV Modules’.

The government has committed nearly Rs. 1.97 lakh crores, over 5 years starting FY 2021-22 including Rs. 4500 crore for ‘High Efficiency Solar PV Modules’ which will be will be implemented by Ministry of New & Renewable Energy (MNRE). It will help bring scale and size in Solar PV manufacturing, create and nurture global champions and provide jobs to youth. The PLI schemes will incentivize new Gigawatt (GW) scale solar PV manufacturing facilities in India. The EFC meeting for formulating a scheme in this regard has already been held. It will now be taken to the Cabinet for final approval. The scheme will reward efficiency of solar modules as well as local value addition.

Under the PLI Scheme 10,000 MW capacity of integrated solar PV manufacturing plants (from manufacturing of wafer-ingot to high efficiency modules) will be set up by Q4 of 2022-23 with the direct investment for around Rs. 14,000 crore.

0
0   0
previous Musk Offers US100 Million in Search of World’s Best Carbon Capture Technology
next Time Extension in Scheduled Commissioning Date of RE Projects considering disruption due to lockdown due to COVID-19: Clarification