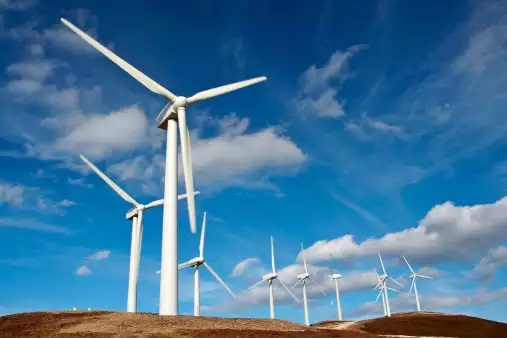 This partnership expects to leverage on the global network and experience of New Energy Nexus and the Climate Collective’s successful initiatives in the region to provide start ups the boost and support that is critical for a successful and just transition to a clean energy economy.

“The idea is to bring together two existing things to make something that is greater than the sum of its parts,” explains Danny Kennedy, CEO, New Energy Nexus. It is an effort to take “the great work that the Climate Collective has been doing for a number of years in India and joining up with the work we have also done in India since 2016, and have other entities join in, to see how we can add to the innovation ecosystem of India.”

“After four years of working together, the natural next step was to formalize our relationship and form New Energy Nexus India”, reads the official announcement.

Kennedy says, “South Asia is one of the powerhouses of the energy transition, we’re excited to officially support the startup community in the region.”

Detailing the new venture, Kennedy said that clean energy support and experience that New Energy Nexus has from around the world would help connect the Indian clean energy entrepreneurship scene, finance, innovation scene with capital formations outside India, with other big ideas, incubators, accelerators, programmes to support Indian entrepreneurs and also to get some of those companies from South East Asia, China, United States into the Indian market place.

“It is story of joining forces to turbo boost programming and pace,” said the CEO of New Energy Nexus.

Supporting startups through training, hackathons, and accelerators will be the mainstay of New Energy Nexus India efforts to creating the clean energy start up ecosystem in South Asia

“We are excited to be working with New Energy Nexus and leveraging their tremendous experience in supporting the transition to a clean energy economy through startup and innovation programmes around the world,” says Pratap Raju, Country Director at New Energy Nexus India.

New Energy Nexus India has already begun developing programmes specifically geared to the region. As Kennedy explained the idea is to bring together different partners so that together they create true synergy; “One plus one equals four or more for the energy ecosystem in-country and abroad”.

This is reflected in the New Energy Nexus India’s plans that are already under development. It has plans for the “New Energy Nexus Startup School 2019-2020”, an online course for early-stage clean energy entrepreneurs in emerging markets in Asia.

Accessing credit is a major challenge. This will be another plank of New Energy Nexus India’s activities. New Energy Nexus will deepen its engagement with Ckers Finance in India, stepping up investment in the fund from $3 million to $5 million.

In the current financial year, New Energy Nexus will grow cKers Finance’s Sustainable Energy Bond issuance for India. These bonds are a new and innovative instrument that allow impact investors to finance sustainable energy assets exclusively and track the impact of their capital. These bonds will be primarily be used to scale-up newer models that accelerate decentralized solar segments. These include the nascent pay-as-you-go models in India for residential and commercial solar systems, solar pumps, and off-grid solar for micro/mini-grids segments. Part of the proceeds will be invested in the emerging ESCOs (energy service company models) that promote energy efficiency.

The Climate Runway takes off from the is a follow-on accelerator to Climate Launchpad. It currently supports 10 startups primarily in western India. It is a partnership with Science & Technology Park Pune to run the accelerator and is funded by the Department of Science and Technology, Government of India.

The Climate Ready for Women development programme aims to increase the number of women founders in climate and cleantech entrepreneurs looking to join accelerators or enter the market. This programme is a pre-accelerator to Climate Launchpad and is supported by Kerala Startup Mission and is expected to conclude its pilot programme in June 2020.

Kennedy says working together with partners “we can accelerate the transition from traditional energy dependency”.