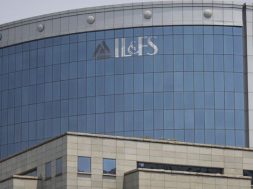 This would mean that IL&FS group’s equity stakes in individual assets will be sold first as part of the exercise to restore health.

The crisis in the debt-ridden Infrastructure NSE 1.01 % Leasing and Financial Services (IL&FS) is set to be addressed by undertaking asset-level sale process first before putting in place a plan for a single group-level or vertical-level resolution, sources said.

This would mean that IL&FS group’s equity stakes in individual assets such as road, power and renewable energy projects will be sold first as part of the exercise to restore health of the crisis-hit entity. Once this process is completed, options would be explored to resolve IL&FS at vertical and group level.

The asset-level resolution plan, which has also been mentioned in the third progress report finalised by the new board under the directions of Ministry of Company Affairs (MCA) and submitted to the National Company Law Tribunal, has been favoured as it maximizes returns for stakeholders while allows transfer of title free and clear of encumbrances.

The asset monetisation programme is being undertaken by IL&FS to reduce its debt burden of Rs 91,000 crore.

Earlier, the IL&FS Board also looked at group level resolution but found it unviable at current juncture as it would have required a significant capital infusion from strong investors. Resolution of verticals such as ITNL, IL&FS Securities Services, IL&FS Environment and Infrastructure Services.

Under the new resolution plan, asset by asset solution would be explored through methods including capital infusion, asset monetization or through resolution arrangement with creditors. Asset level resolution and sale of business vertical comprising a basket of companies or entities such as wind energy projects, completed domestic road projects would be done on similar lines of asset level resolution.

Once the asset-level resolution of each vertical holding company is completed, only then resolution of the vertical may be considered. Also, if resolution of an asset fails, it would automatically be put for being wound up or liquidated.

The IL&FS and group entities are facing serious liquidity crisis and have defaulted on interest payment on various debt repayments since August 27, 2018. IL&FS group on December 18, 2018 had initiated the process for asset monetisation programme and floated tender for this purpose.