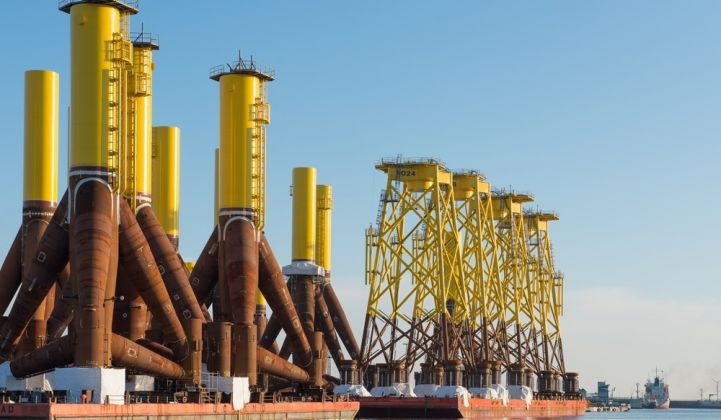 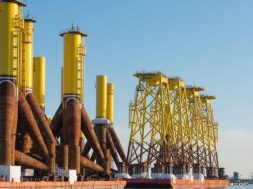 The New Jersey Wind Port will be built next to a PSEG nuclear power plant along the Delaware River, at a cost of several hundred million dollars.

New Jersey Governor Phil Murphy announced plans on Tuesday to develop an offshore wind port on an artificial island along the Delaware River, potentially giving the state a leg up in the race to attract offshore wind jobs and manufacturers.

The New Jersey Wind Port, which is unlike anything yet revealed in the U.S., could grow to more than 150 acres and cost as much as $400 million to build, as the state looks to accommodate manufacturers of blades, nacelles and the other huge components that go into offshore wind farms.

The port will be located along the eastern shore of the Delaware River, southwest of Salem, next to PSEG’s Hope Creek nuclear power plant on land owned by the utility. The site was chosen after a 22-month assessment process, the governor’s office said.

The New Jersey Economic Development Authority is leading the development of the port, which will be built in two phases. The first phase will cover 30 acres, including a staging and marshaling area for offshore wind components and a 25-acre manufacturing facility. Construction of the first phase is “targeted” to begin in 2021.

A second phase will add another 150 acres or more at the site to make room for more factories. Murphy’s office said the state is considering a range of public, private and public-private partnership financing options for the port.

The governor’s announcement did not reveal any initial manufacturers lined up for the site. German foundation maker EEW has been considering building a factory farther up the Delaware River, in Paulsboro.

Under Murphy, New Jersey has aggressively revived its offshore wind ambitions, setting a 7.5-gigawatt target for 2035, second only to neighboring New York. A year ago New Jersey held its first big solicitation for offshore wind power, awarding a contract for the 1.1-gigawatt Ocean Wind project to Ørsted. PSEG is a partner on the Ocean Wind project and has an option to become an equity investor. GE is supplying its 12-megawatt Haliade-X turbines to the wind farm.

New Jersey is competing with states from Massachusetts down to Virginia to host offshore wind manufacturers on U.S. soil. Among the attractions of the New Jersey site is the lack of bridges on the way to the open sea, an advantage not shared by many of the most promising sites in New York.

“Offshore wind is a once-in-a-generation opportunity to not only protect our environment but also greatly expand our state economy in a way that has immediate impacts and paves the way for long-term growth,” said Murphy.

“The New Jersey Wind Port will create thousands of high-quality jobs, bring millions of investment dollars to our state and establish New Jersey as the national capital of offshore wind,” he said.