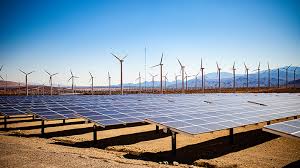 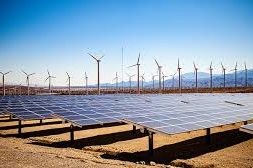 At a meeting of the Dispute Settlement Body (DSB) on 15 August, WTO members agreed to a request from China for a dispute panel to review a US safeguard measure on imports of crystalline silicon photovoltaic products. Members also agreed to establish panels requested by Brazil, Australia and Guatemala to review India’s support measures for the sugar sector.

China submitted its second request for a panel to review a US safeguard measure on imports of crystalline silicon photovoltaic cells (CSPV). China’s first request was blocked at a DSB meeting on 22 July.

China said that it does not deny the right of WTO members to temporarily suspend concessions and take safeguard measures on imports of CSPV but the United States failed to conform to the most essential conditions that would justify the imposition of the safeguard. China said it was confident the panel will also find the US did not respect many of the procedural guarantees governing safeguard proceedings. These defects have resulted in the imposition of safeguard measures that do not constitute relief limited to what is necessary to “prevent or remedy serious injury and facilitate adjustment” in accordance with the obligations under the WTO’s Safeguards Agreement.

The United States reiterated that WTO rules allow a member to temporarily suspend concessions in order to take a safeguard action when a product is being imported into its territory in such increased quantities and under such conditions as to cause serious injury or threat of serious injury to the member’s domestic industry. The competent US authority determined these conditions were being met. The US added that it was ready to engage in the panel proceedings and asked China to support opening the panel meetings to the public.

The DSB agreed to the establishment of the panel. The European Union, Japan, India, Brazil, the Philippines, Russia, Chinese Taipei, Canada and Malaysia reserved their third party rights to participate in the proceedings.

DS579, DS580, DS581: India – Measures Concerning Sugar and Sugarcane
Brazil, Australia and Guatemala made their second requests for panels to determine whether measures in India supporting the domestic sugar and sugarcane sector are compatible with WTO rules. Their first requests were blocked by India at the DSB meeting on 22 July.

The three countries reiterated their concerns that India’s support exceeds the levels of domestic support allowed to India under the WTO’s Agriculture Agreement and that India was granting prohibited export subsidies. They also reiterated concerns about the negative impact this support was having on global market prices for sugar and their sugar producers. The three asked that a single panel be established to review the claims as the three complaints deal with essentially the same subject matter and were filed at the same time.

Although responding separately to the three complaints, India delivered the same reply: the Indian measures in question were not having a trade-distorting effect on the global sugar market nor were they affecting the economic interests of the complainants. India also reiterated that the measures were consistent with its WTO obligations. The support is intended to provide for, and avoid the over-exploitation of, 35 million vulnerable, resource-poor farmers in the country. India said it could not agree to the establishment of a single panel as the matters were distinct and separate.

Brazil, Australia and Guatemala all expressed disappointment with India’s refusal to agree to a single panel to review their claims, noting the extra burden this would place on the parties as well as the WTO Secretariat.

The DSB agreed to the establishment of the three panels. The United States, the European Union, Honduras, Russia, Costa Rica, Colombia, Japan, Thailand, Panama, Canada and China all reserved their third party rights in the three proceedings. Australia, Brazil and Guatemala also reserved third party rights in the proceedings of their fellow complainants.

Another measure, said the EU, is an import ban on localized products, whereby the importation of a pharmaceutical product that is localized is no longer permitted. Another is the prioritization measure whereby priority is given to the review of applications of domestic pharmaceutical products for inclusion in the list of products covered by the reimbursement scheme, as well as with respect to any pricing and licensing policies and processes, over the review of the applications of like imported products. These measures are a clear violation of Turkey’s WTO obligation to treat foreign companies on an equal footing with domestic ones, the EU said.

Turkey said it deeply regretted the EU request for a panel. The request is premature as Turkey is fully engaged with consultations with the EU on the matter and hopes to continue those constructive discussions. The dispute involves Turkey’s social security system and Turkey’s policies aimed at ensuring reliable and affordable access to medicines for its people. Turkey’s measures are fully consistent with its WTO obligations, Turkey said, adding that matters concerning a member’s healthcare and social security policies should not be subject to WTO panel review. For these reasons, Turkey said it was not in a position to agree to the EU’s request for a panel.

The DSB agreed to revert to the matter.

DS234: United States – Continued Dumping and Subsidy Offset Act of 2000
The European Union reiterated its request that the United States cease transferring anti-dumping and countervailing duties to the US domestic industry, arguing that every such disbursement was a clear act of non-compliance with the rulings on this matter. Brazil and Canada supported the EU statement, while the United States said it has taken all actions necessary to implement the ruling.

DS316: European Communities and Certain Member States – Measures Affecting Trade in Large Civil Aircraft: Implementations of the recommendations adopted by the DSB
The United States said that once again the European Union has failed to provide a status report to the DSB concerning dispute DS316. The European Union repeated that the matter is subject to new compliance proceedings and thus there was no obligation on the EU to submit a status report.

DS437: United States — Countervailing Duty Measures on Certain Products from China
China delivered a statement concerning the panel ruling, as amended by the Appellate Body, in DS437. The Appellate Body issued its ruling on 16 July regarding US compliance with an earlier WTO ruling on the matter.

China said it was disappointed with various aspects of the ruling, particularly in regard to the sweeping interpretation as to what can be considered a “public body” for determining whether a subsidy exists. This analysis should be of grave concern to all WTO members. Nevertheless, China said the ruling is sufficient to establish that the US has acted unlawfully in the investigations at issue by countervailing alleged input subsidies that do not exist. In regard to other aspects of the ruling – on the US Commerce Department’s use of non-Chinese benchmarks to determine adequate remuneration and whether alleged subsidies were specific to certain Chinese producers – the findings of the panel and Appellate Body will help address the Commerce Department’s abuses in these areas, China said.

China said the US does not have a monopoly on dissatisfaction with Appellate Body reports, but, unlike the US, China does not believe the Appellate Body exceeded its authority. China called on the US to reform its countervailing duty practices and bring them in line with the ruling.

The United States replied with a detailed critique of the panel and Appellate Body findings on the key issues at the centre of the dispute. In all of these areas, the US referred to a dissenting opinion issued by one of the three Appellate Body members which questioned the majority’s findings on these issues.

The US said it was deeply troubling that China was using the WTO dispute settlement system to evade WTO subsidy disciplines. The continued and increasing role the Chinese government takes in managing China’s economy is a widely known fact, the US said, and the idea that the US Commerce Department investigation was not sufficient to meet the requirements of the WTO’s Subsidies Agreement is incredible. The approach taken in the Appellate Body’s report calls into question the ability of members to use WTO tools to counteract subsidies provided by a member such as China and poses a very serious problem with grave implications for the global trading system, the US declared.

The DSB adopted the panel report as modified by the Appellate Body.

Appellate Body appointments
Mexico, speaking on behalf of 114 members, introduced once again the group’s proposal to start the selection processes for six vacancies in the Appellate Body – the four existing vacancies plus the two vacancies that will emerge when the second terms of two members ends on 10 December. Mexico said the increasingly considerable number of members submitting the proposal reflects a common concern over the current situation in the Appellate Body that is seriously affecting its workings as well as the workings of the overall dispute settlement system against the best interest of members. WTO members have a responsibility to safeguard and preserve the Appellate Body, the dispute settlement system and the multilateral trading system, Mexico said.

The United States once again responded that it was still not in a position to support the proposal and that the systemic concerns that it previously identified remain unaddressed. For more than 16 years the US has been raising serious concerns with the Appellate Body’s overreaching and disregard for the rules set by WTO members. It said the Appellate Body’s ruling in the compliance proceedings for DS437 was another egregious example of the many concerns raised by the US. The US will continue to insist that WTO rules be followed and will continue efforts and discussions to seek a solution on these important issues, it said.

Sixteen members took the floor to express growing concern over the impasse in the selection process, which has now dragged on for more than two years. Several cited the increasing urgency to find a solution – only 16 weeks are left until the Appellate Body will be reduced to one member – and the need for all members to play an active part in the discussions on overcoming the impasse being facilitated by the DSB chair. Malaysia told members it was now supporting the joint proposal, bringing the number of co-sponsors up to 115 WTO members.

The DSB chair, Ambassador David Walker of New Zealand, reiterated that the matter urgently requires meaningful engagement by all WTO members. Amb. Walker noted that he reported to the General Council on 23 July regarding his informal process to overcome the impasse and that his report to members is public. The chair will be relying on feedback from the General Council chair and members in taking forward the next phase of work, and his door remained open to delegations for further discussions on the matter, he added.

The European Union presented a status report with regard to DS291, “EC — Measures Affecting the Approval and Marketing of Biotech Products”.

Other business
The European Union noted its interim appeal arbitration agreement with Canada which was circulated to WTO members on 25 July. The EU said the two would present their agreement to members at the next DSB meeting.