Mindspace REIT Commits to 100% Renewable Electricity Use by 2050

Renewable power has seen a dramatic expansion in recent years thanks to sharply falling costs. But this growth has raised a new challenge for power-system operators and regulators: wind and solar PV have sometimes been deployed before the power system, including both policies and infrastructure, was ready to handle such variable supplies.

In China, 15% of the electricity that could have been produced by wind turbines last year had to be curtailed – by taking otherwise productive wind turbines offline – because the system was unable to integrate the supplied power. In Jilin province, a third of the wind power that could have been produced was curtailed over the course of 2015. This loss was not paid for, highlighting an investment risk for any company wishing to build additional variable renewables.

Globally, wind and solar PV are currently the fastest-growing sources of electricity, and have become technologically mature and economically viable. Additional renewable generation met almost all of the incremental demand for electricity in 2015, according to the IEA. Part of this success came from falling costs: between 2008 and 2015, the average cost of land-based wind decreased by 35% while solar PV dropped by almost 80%.

But the variable nature of wind and solar PV constrains their ability to provide stable power over time. Integrating variable renewables will be a priority for countries such as Brazil, China, Mexico and South Africa, where the share of renewable power is growing. In countries such as Denmark, where variable renewables have become the main source of power, a full transformation of the power system is necessary, including infrastructure, policies and markets.

This measurement of system value is particularly important. The traditional focus on the levelised cost of electricity (LCOE) – a measure of cost for a particular generating technology at the level of a power plant – is no longer sufficient.

Next-generation approaches need to factor in the system value of electricity from wind and solar power – the overall benefit arising from the addition of a wind or solar power generation source to the power system. System value is determined by a variety of factors, including reduced fuel costs, reduced carbon dioxide and other pollutant emissions costs, or higher costs of additional grid infrastructure.

When this real system value of variable renewables is measured, and policies are put in place to maximize the benefit from this value, then the next generation of wind and solar can begin to truly live up to its potential. The IEA will continue to work with members, association members and partner countries to identify how to efficiently integrate variable renewables into their energy mix. 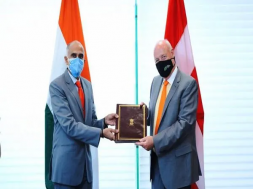