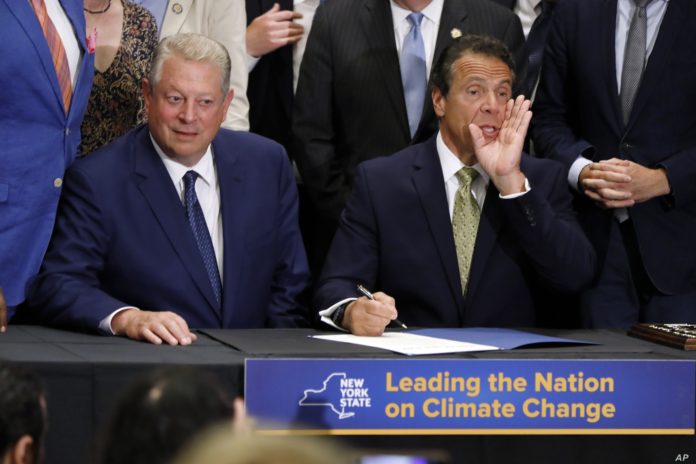 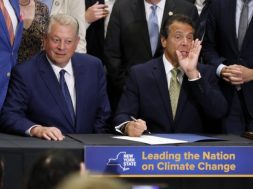 He was joined by former U.S. Vice President Al Gore, who has made ghting global warming his life’s
work

New York Governor Andrew Cuomo signed an ambitious climate change bill Thursday with
the goal of slashing the state’s greenhouse gas emissions 85% below what they were in
1990.

“Cries for a new green movement are hollow political rhetoric if not combined with
aggressive goals and a realistic plan on how to achieve them,” Cuomo said before signing
the bill into law. He was joined by former U.S. Vice President Al Gore, who has made
fighting global warming his life’s work. “We still have it within our power to grab hold of this
crisis,” Gore said.

The measure Cuomo signed looks to use renewable energy sources, such as wind and
solar, to generate 70% of the state’s electric power by 2030. It also includes construction of
massive wind farms off the coast of Long Island, which Cuomo said would generate enough electricity to power 1 million homes.

It was unclear how Cuomo and future New York state governments planned to put the
ambitious plan into action. The governor and other state officials will put together a 22-
member panel to devise that. 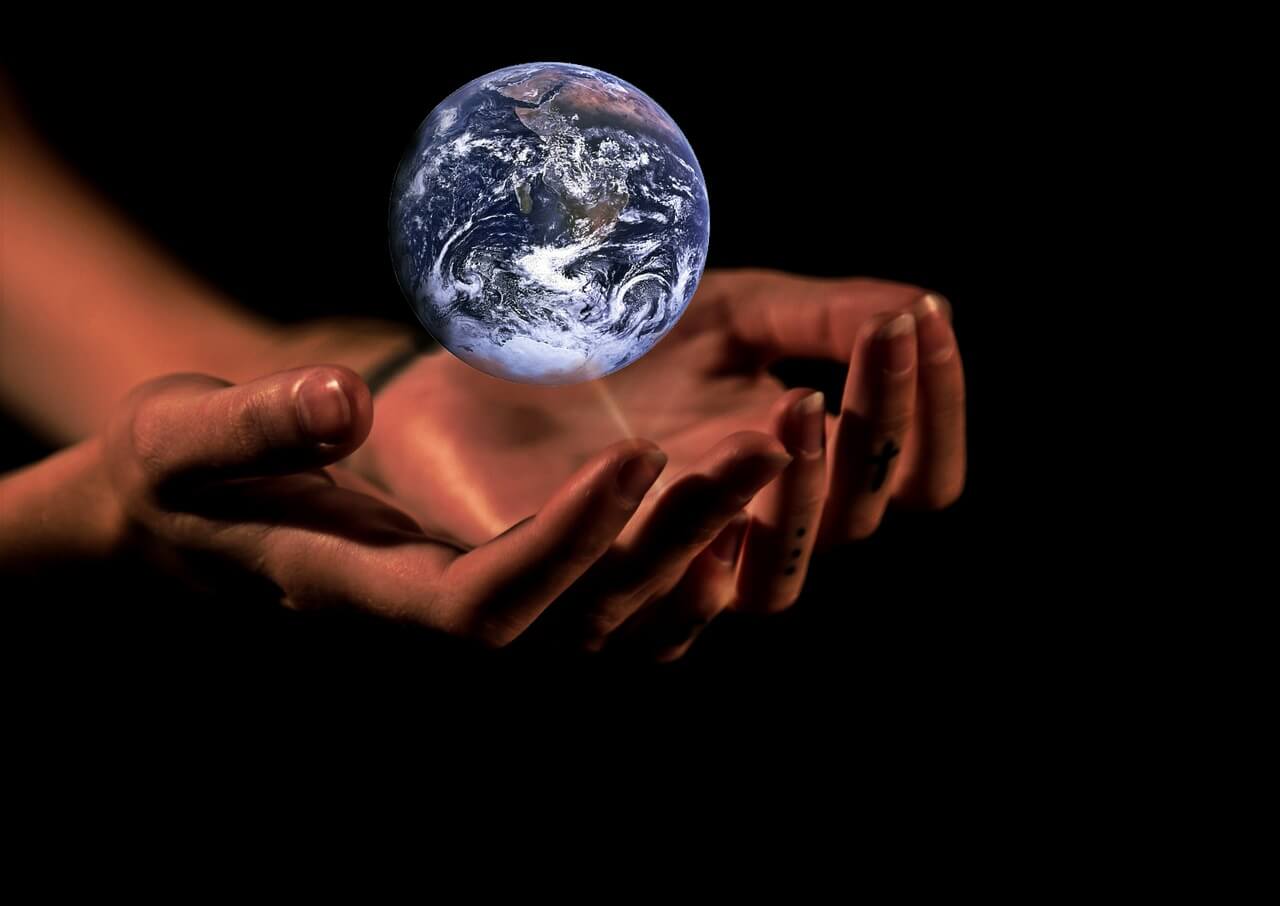 Business leaders and utility companies, however, warned residents to expect higher electric
bills because of the initial investment needed to build up solar and wind capacity.

Meanwhile, the U.S. National Oceanic and Atmospheric Administration said last month was
the hottest June for the globe since at least 1880, when record-keeping began. NOAA said
the planet’s average temperature was 15.9 Celsius, or 60.6 Fahrenheit.

Climate experts say global warming caused by greenhouse gases is to blame and say more
records will fall before summer ends in the Northern Hemisphere. Many large U.S. cities can
expect dangerously high temperatures this weekend, including Washington, where it is
expected to feel like 43 degrees Celsius Friday and Saturday. (VOA)