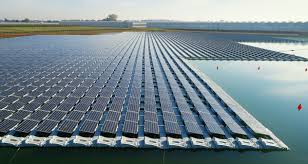 NHPC-DVC to set up 1,800 MW of floating solar plants 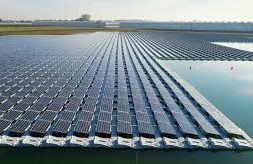 NHPC-DVC to set up 1,800 MW of floating solar plants

DVC has four reservoirs —two each in West Bengal and Jharkhand — and the solar plants of 1,800 MW capacity will come up on these

Chennai: M RameshChennai, May 28 So big are its ambitions that if plans fructify, NHPC Ltd will become the world’s biggest floating solar power company and will hold the record for a very long time. The public sector power major proposes to build 2,850 MW of floating solar power plants on various reservoirs of the country.

Of this, 1,800 MW will be in collaboration with another PSE, Damodar Valley Corporation (DVC).

Only last month did the public sector hydro power company receive the in-principle approval from the Kerala State Electricity Board to construct a 50 MW floating solar plant on the West Kallada reservoir. Right now, “preparatory actions have been initiated” for tendering out for selecting a company to build the project.

PK Mukhopadhyay, Member Secretary, DVC, told BusinessLine today that negotiations with DVC were stalled because of the Covid-19 pandemic. He said that DVC has four reservoirs—two each in West Bengal and Jharkhand — and the 1,800 MW would come up on them. Two would be of 600-800 MW and two of 400-500 MW, he said.

Mukhopadhyay, however, said that technical and commercial issues were yet to be discussed.

1,800 MW is huge capacity for floating solar. To illustrate, the world’s biggest operational floating solar plant is the 120 MW in Anhui, China.

NHPC also has plans for two 500 MW floating solar plants. One will come up in Odisha. A MoU with Green Energy Development Corporation Ltd, the renewable energy development agency of Odisha is on the anvil. The other will be built in Telangana, on the Mid-Manair dam.

India has ambitious plans for floating solar plants. In 2018, the government unveiled a programme to have 10,000 MW of the ‘floatovoltaics’. There are 5,334 large dams (at least 15 meters high), and another 411 under construction — so there is a large reservoir area available for putting up floating solar plants. A recent report of The Energy Resources Institute noted that 18,000 sq km of reservoir area exists, on which potentially 280,000 MW of solar plants could come up.

Last year, Madhya Pradesh said it would build a 1,000 MW floating solar on its Indira Sagar reservoir. The benefits of floating solar projects are immense. You don’t spend on land, which can compensate for the costs of floats and extra cables. But power generation will typically be higher — as much as 10 per cent compared with conventional large-scale, ground-mounted solar power plants, according to TERI. Solar cells generate less when they get heated (it is the light that matters, not heat); water under the modules help keep them cool.

The exact cost-benefit equation is not yet available, but it is clear that benefits outweigh costs, which should help bring down tariffs. However, TERI cautions that in this initial stage of development of floatovoltaics, emphasis should be on technology and not on tariff.