“We are pleased to reaffirm our financial guidance amid challenging market conditions this quarter,” said Mauricio Gutierrez, NRG President and Chief Executive Officer. “We remain focused on our strategic priorities of simplifying and streamlining the business, optimizing our portfolio and strengthening the balance sheet.”

1 Prior to working capital adjustments

Corporate: First quarter Adjusted EBITDA was unchanged from the first quarter 2016 as higher advisory spend incurred to assist the Company in its strategic review as well as advisory services associated with GenOn was offset by lower operating losses at residential solar.

1 Includes unrestricted cash held at Midwest Generation (a non-guarantor subsidiary), which can be distributed to NRG without limitation.

NRG-Level cash as of March 31, 2017, was $381 million, a decrease of $189 million from December 31, 2016, and $1.4 billion was available under the Company’s credit facilities at the end of the first quarter 2017. Total liquidity was $3.3 billion, including restricted cash and cash at non-guarantor subsidiaries (primarily GenOn and NRG Yield). On February 28, 2017, GenOn drew $125 million on letters of credit under its intercompany revolver with NRG to support the GenOn Mid-Atlantic operating leases; NRG subsequently drew $125 million on its revolver facility to fund the GenOn intercompany draw.

On May 1, 2017, NRG offered its remaining 25% interest in NRG Wind TE Holdco, an 814 net MW portfolio of twelve wind projects to NRG Yield. NRG Yield currently owns a 75% interest in the portfolio, which it acquired in 2015. The acquisition is subject to negotiation and approval by NRG Yield’s independent directors.

Drop Down to NRG Yield

During the quarter, the NRG Board of Directors established the Business Review Committee (BRC). The BRC was established to evaluate and make recommendations to the Board regarding the Company’s (a) operational and cost excellence initiatives, (b) potential portfolio and/or asset de-consolidations, dispositions and optimization, (c) capital structure and allocation and (d) broader strategic initiatives. NRG plans to update the market as soon as practicable following a recommendation from the BRC.

NRG is reaffirming its guidance range for fiscal year 2017 with respect to both Adjusted EBITDA and FCF before growth investments.

On May 2, 2017 NRG will host a conference call at 8:00 a.m. Eastern to discuss these results. Investors, the news media and others may access the live webcast of the conference call and accompanying presentation materials by logging on to NRG’s website at http://www.nrg.comand clicking on “Investors.” The webcast will be archived on the site for those unable to listen in real time. 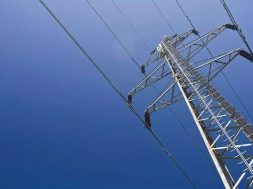