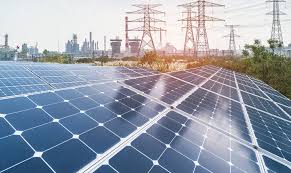 NREDCAP, the nodal agency for implementation of the export policy, has so far identified seven locations for establishing solar and wind power plants in Anantapur, Kadapa and Kurnool districts.

He said that the Solar Energy Corporation of India Ltd (SECI) has also come forward to establish renewable energy plants and that at least 10 private firms, including Suzlon Energy, GE Renwable, Greenko and others expressed interest to invest in the State.

“The NTPC has given consent to establish 5,000 MW UMREPPs in five locations. We have already informed them about the potential locations along with the feasibility reports and its representatives have conducted the field survey as well. The formalities will be completed soon,” Ramana Reddy said, at a press meet on Tuesday.

NREDCAP, the nodal agency for implementation of the export policy, has so far identified seven locations for establishing solar and wind power plants in Anantapur, Kadapa and Kurnool districts. The capacity being targeted in these locations is 17,800 MW. While the NTPC Ltd is looking to establish 5,000 MW units, the SECI may go for between 2,000 MW and 3,000 MW plants.

He pointed out that from 70,000 acres to 80,000 acres of barren and uncultivable land has been preliminarily identified for setting up the UMREPPs under the export policy. Three firms were selected through bidding earlier this month for preparation of detailed project reports (DPRs) for taking up pumped storage hydro power projects (PSHPs) in seven locations, Ramana Reddy said.

“WAPCOS bagged the bid for preparation of DPR for two PSHPs in Gandikota (Kadapa) and Owk (Kurnool), while Aarvee Associates will prepare the DPR for the two projects proposed in Chitravati (Anantapur) and Yerravaram (Visakhapatnam). The TCE Ltd will prepare the DPRs for two units proposed in Kurukutti and Karrivalasa of Vizianagaram district. The SMEC (India) Pvt Ltd will prepare for the project proposed in Somasila (Nellore). The DPRs for the seven projects, with an estimated cumulative capacity of 6,300 MW, will be ready in 30 months,” he explained.