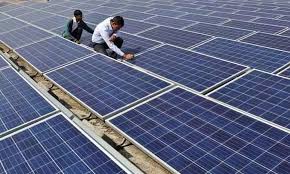 NTPC to supply 1,500 MW of solar power to State 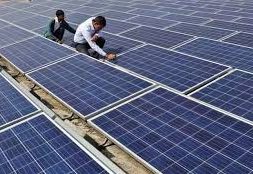 NTPC to supply 1,500 MW of solar power to State

Hyderabad : The Transmission Corporation has requested the National Thermal Power Corporation (NTPC) to supply 1,500 MW of more power to the State for operation of lift irrigation projects.

The request was placed before the officials of the NTPC at Southern Region Customer Meet of NTPC at Goa on Saturday. Chairman and Managing Director (CMD) Transco D Prabhakar Rao has forwarded the request.

He said that the request has been made on the directions of Chief Minister K Chandrashekar Rao to procure additional power for running the lift irrigation schemes.

Responding positively to the request of Telangana, CMD of the NTPC has agreed to supply 1,500 MW of solar power to Telangana at a tariff of less than Rs 3 per unit.

Giving the details of the customer meet, Prabhakar Rao said that discussions on various important issues of power generation, transmission and distribution have taken place.

The CMD of the NTPC said that he had met Chief Minister of Telangana at Ramagundam and discussed about the power requirements of Telangana in view of upcoming loads of lift irrigation projects and also the policy of the State to supply power to farm sector for 24 hours.

The CMD of the NTPC also said that as per the request of Telangana, NTPC has expedited the ongoing works of NTPC 2 x 800 MW first stage plant at Ramagundam.