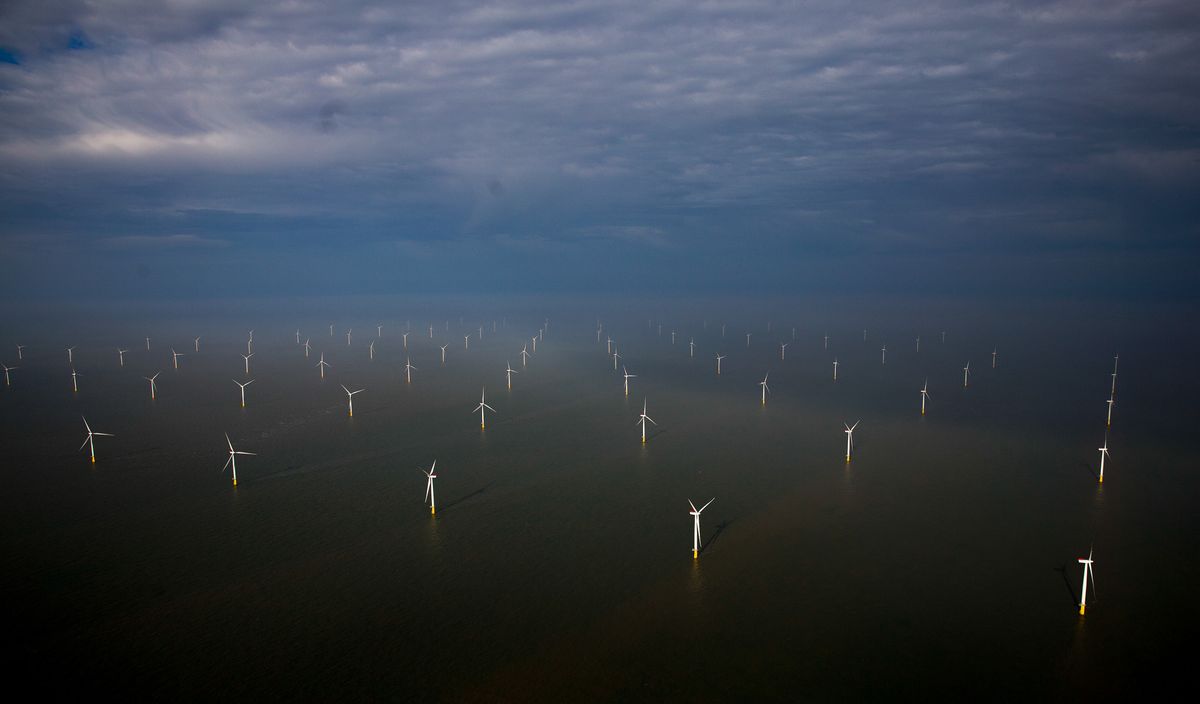 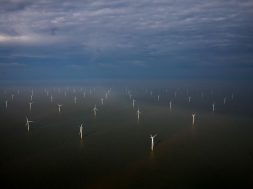 The cost of offshore wind in the U.K. could soon drop below the level where renewable developers get compensated to add capacity in the latest round of an auction that has subsidized the industry.

Developers have submitted proposals in the so-called “contracts-for-difference” auction to win fixed prices for power produced from green sources. The result is due on Sept. 19. If the wholesale rate is at a higher level than the contract, generators pay the difference back, lowering costs for consumers.

Iberdrola SA’s Scottish Power Renewables unit has submitted a bid for its 1.4-gigawatt East Anglia Three project, off England’s east coast. East Anglia One, which this week started to generate electricity from the first of its 102 turbines, won a similar auction in 2015, with a price of 119 pounds ($147) per megawatt-hour.

This latest round could see bids less than half of that, according to an executive at the company. The slide in prices highlights how rapidly offshore wind has transformed from a niche technology to a core part of the global push to reduce dependence on fossil fuels.

“It’s going to be at a price that’s cheaper than anything we’ve seen before in the U.K. and probably at a price sitting below the government’s own projections,” said Jonathan Cole, managing director of Iberdrola’s offshore wind business.

The government’s reference price is in the range of about 48 pounds to 51 pounds per megawatt-hour for the time frame of the auction that covers the three years through 2025. Cole declined to say what the company bid.

Subsidies in this auction round are capped at 65 million pounds to help pay for as much as 6 gigawatts of new renewable projects in the period. In the previous contest in 2017, the lowest guaranteed price for offshore wind was 57.50 pounds a megawatt-hour. As the price of offshore wind drops, the projects won’t collect any of that subsidy money and will instead pay back the difference.

While the projects may not need the subsidy directly, auctions could continue to play a vital role in offshore wind development.

“It’s giving developers a fixed price over a 15-year period,” Cole said. “Investors and developers are winning because they get to build these complicated projects, while mitigating risks of price volatility.” 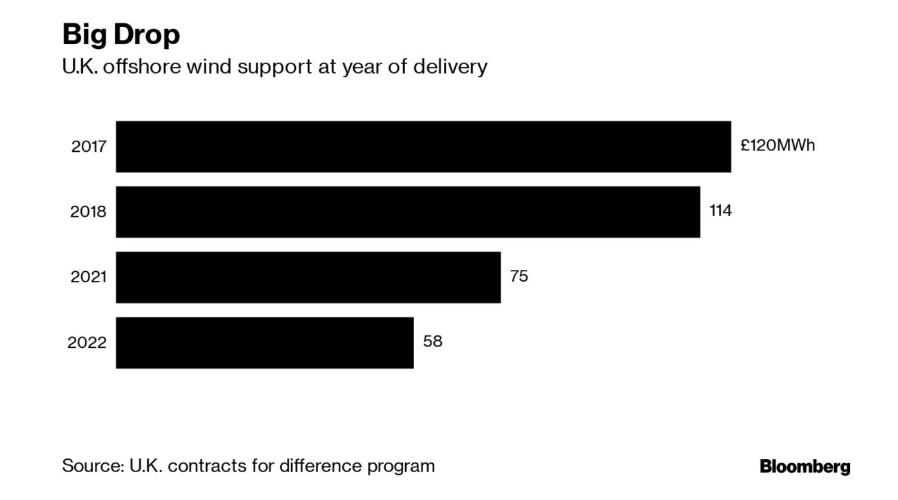 Developers rely on a mix of factors to push down the price to become competitive with fossil fuels, including coal and natural gas. Turbines have gotten bigger, installation more efficient and utilities have leaned on suppliers to reduce prices. They’ve also tapped into a demand from institutional investors to buy these assets, which lowers the cost of debt and equity investments in the project.

Companies that are bidding into the auction are increasingly thinking about re-financing and selling stakes in the projects earlier in the development process, according to Darryl Murphy, head of infrastructure debt at Aviva Investors, where he helped oversee a 400-million pound debt investment in Orsted A/S’s Hornsea One offshore project last year.

“Those decisions, in my mind, need to be firmer if you’re going to bid an aggressively low strike price,” Murphy said by phone. “The focus on financing wasn’t as great in those early rounds as it’s going to be for round three.”