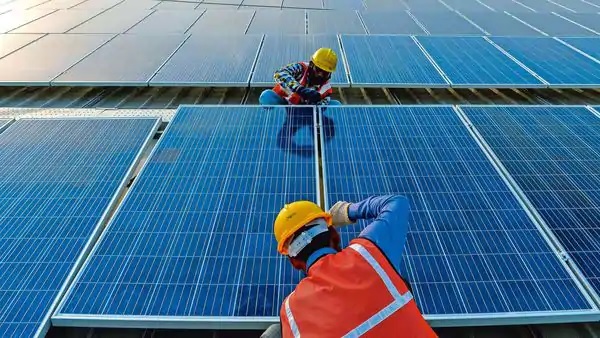 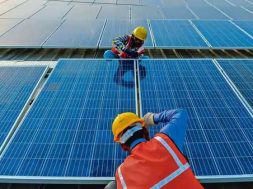 CPPIB also expected to submit offer before bid submission deadline. Bank of America and Barclays are running the stake sale process. SBG Cleantech is a JV between SoftBank and Bharti Enterprises, in which the former holds 80% stake

Also, Canada Pension Plan Investment Board (CPPIB) that had earlier evinced interest in the 7.7 giga watt (GW) Indian solar portfolio is expected to submit its bid to land the deal, touted to be among the largest in India’s clean energy space.

Bank of America (BofA) and Barclays are running the stake sale process. SBG Cleantech is a joint venture between SoftBank and Bharti Enterprises, wherein the Masayoshi Son-headed firm holds 80% stake.

A SoftBank spokesperson in an emailed response said, “Since its inception in 2015, SB Energy has grown significantly in terms of footprint, with SoftBank Group investing over $800 million in the business in the past 5 years. Now, SB Energy is exploring potential co-investment partnerships to accelerate global growth of its leading renewable energy platform. Beyond this, we are unable to comment on any specific development.”

In response to a direct query about whether SoftBank is offering its entire stake for sale, the SB Energy spokesperson in an emailed response added, “We never comment on speculation.”

Mint had reported on 6 July about SoftBank Group’s plan to sell its entire stake, in a change from its earlier approach for finding a “significant” minority investor, and being in separate talks with Brookfield, CPPIB and Abu Dhabi government’s sovereign wealth fund Mubadala Investment Company.

These bids follow after SB Energy dropped its plan to raise $600 million through a dollar bond. Son, has written multi-billion dollar cheques in India. The Japanese conglomerate, which started investing in India in 2011, has picked up stakes in several consumer internet companies in India and in the process, made unicorns out of several of them.

“Actis, Omers and Brookfield have put in their bid. CPPIB which was earlier interested may also submit its bid,” said a person aware of the development cited above who did not want to be named.

Despite the problems, there has been continuing investor interest in India’s green economy. A case in point being Actis Llp in talks with India’s largest independent renewable energy producer ReNew Power to buy more than half a gigawatt of green energy projects, Mint reported on Tuesday.

India has been rapidly adding clean energy capacities. Clean energy projects now account for more than a fifth of India’s installed power generation capacity. The country has 34.6 GW of solar power and 38GW of wind power and seeks to produce 100 GW from solar projects and 60GW from wind power plants by March 2022. India is also seeking additional clean energy investment of around $80 billion till 2022, growing more than threefold to $250 billion during 2023-30.