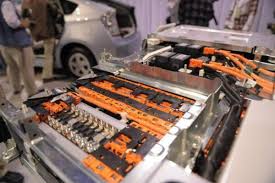 New Delhi : In 2014 when Prime Minister Narendra Modi announced the 100 GW solar target, India had an installed capacity of only 3 GW solar energy and a cumulative RE installed capacity of 33.8 GW. In January 2015, the Government raised the 2022 target to 175 GW of renewable energy capacity, including wind and biomass. India has recently declared even bigger renewable energy targets of 275 GW by 2027, and 450 GW by 2030 and is marching strongly towards achieving the 175GW RE target within the planned timeframe.

As India prepares itself to become self-reliant through its coveted Atma-Nirbhar Bharat Abhiyan, considerable attention has been placed on achieving self-sufficiency in the energy sector. While major efforts have been made to achieve energy sufficiency by curtailing demand for coal & gas in the power sector through large scale integration of renewable energy, the transportation sector, which is the single biggest energy guzzler continues to remain substantially dependent on imported crude oil. To offset this trend, major initiatives have been announced by the Government to change this paradigm by promoting Electric Vehicles which would not only reduce our dependence on the imported fossil fuels, but would also lead to significant CO2 reduction in line with our COP21 commitments.

It is also important to note that with large scale adoption of RE, measures to contain the associated generation intermittency have become extremely necessary. It is this realization that has led to innovative structure of RE tenders for RTC (round-the-clock) & peak power supply, which aims at moving towards more schedulable RE power based on consumer demand. This has also triggered the demand for Storage Systems, both at the RE generator and at the Grid level. While RE coupled storage may be useful for smoothening of the intermittent RE generation, a Grid scale battery energy storage application has the potential to service multiple needs of a reliant and robust grid.

Taking this into perspective, the need for a grid scale energy storage system is evident from the fact that the average monthly frequency deviation index has been greater than 20% consistently for the last 3 years 1 .This essentially means that the current fast response ancillary services are unable to maintain the frequency of the grid between the prescribed IEGC band limit of 49.90 Hz – 50.05 Hz. The advantage with Grid Scale standalone Storage is that the system may be used for multiple requirements which will not only improve grid performance and bring in system reliability but would also provide the much-required inertia into the system.

The capital investment required for a 4-hour standalone battery storage is currently ~$16/ kWh which is expected to reduce to ~$12/ kWh by 2030 2 . This difference is associated mainly to the inverter and Balance of System (BoS), while the battery pack cost remains the same (which is ~60-70% of the total cost). This gap therefore can be easily bridged by ensuring a central control of the battery asset to increase the utilization as against only relying on RE-coupled storage and accrue benefits through value stacking.

It is imperative to focus on bringing down the battery pack costs without being overly dependent on imports. Thus, to ensure that these large-scale storage projects become viable and India becomes self-reliant when it comes to procurement of raw material, it is imperative to have a robust battery manufacturing ecosystem developed within the country. Battery is at a stage today where solar was 7-10 years ago – we missed the opportunity to promote domestic manufacturing then, we must not miss it now.

The timely focus of the government to promote battery manufacturing under the Make in India initiative is particularly important as the estimation of the battery storage market clearly demonstrates the opportunity that beckons our country and Indian Entrepreneurs in this space. According to CEA’s Optimal Generation Mix Report, battery energy storage system of 27,000 GW/ 1,08,000 GWh is envisaged by the year 2030 to ensure integration of RE into the grid.

Associating battery manufacturing with Atma Nirbhar Bharat is a step in the right direction, especially for developing a robust battery manufacturing ecosystem. This will not only provide new employment opportunities, but would also make the procurement of reliable, dispatchable renewable power more economical. While these unprecedented times may have slowed down the pace of economic development, it is certain that the time for pursuing this opportunity has come. The Government has its task cut out in supporting domestic industry and the country by encashing this opportunity under the Make in India initiative.

[This piece was authored by Vijay Chhibber, Director General, Electric Power Transmission Association (EPTA). He is a former Secretary, Govt of India.]