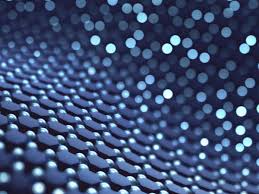 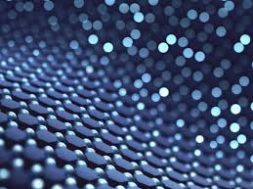 Origin Energy, one of the nation’s top power and gas companies, is raising its bet on the future of hydrogen with plans to assess producing and exporting super-chilled liquid hydrogen made from renewable energy in Queensland.

As countries increasingly look to hydrogen as part of their 2050 carbon-reduction aims, Origin has been collaborating with Japanese manufacturing firm Kawasaki for a 300-megawatt electrolyser in Townsville capable of producing 36,000 tonnes of “green” hydrogen – made using power from wind and solar farms – for export and local supply.

Origin chief Frank Calabria confirmed the two companies had already completed a feasibility study into the project this year and were expecting to begin initial engineering and design work within the next 12 months.

News of the hydrogen project surprised some attendees at Origin’s investor briefing on Thursday. “One surprise was a policy developing hydrogen, which is in the early days but provides a path of future investment,” Macquarie Research analyst Ian Myles said.

Hydrogen, which burns cleanly and emits only water, is touted as a growth industry in the energy sector, particularly as some of the world’s biggest-emitting economies including China, Japan and Korea this year announced goals to become carbon-neutral, meaning their use of coal and gas will need to shrink.

Due to its ability to soak up and store energy from renewable sources, it is seen as a clean-energy alternative to gas for industrial processes requiring high heat, and to transport fuel to power cars, trucks and ships.

The Townsville project is Origin’s second export-scale hydrogen production proposal unveiled this month after it launched a $3.2 million feasibility study into a plant in Tasmania, which would produce hydrogen from renewable energy, combine it with nitrogen and turn it into ammonia for shipment. The plant would produce more than 420,000 tonnes of zero-emissions ammonia per year, the company said.

“Hydrogen produced from renewable energy has tremendous potential to support decarbonisation in Australia and overseas because it is one of the most abundant elements in the universe and can be produced with zero emissions,” Origin general manager of future fuels Felicity Underhill said.

“Origin has been exploring how hydrogen can best fit into Australia’s energy system and is progressing a number of opportunities.”

Technologies to create hydrogen out of renewable energy (green hydrogen) and from natural gas when emissions are captured in the conversion process (blue hydrogen) are being increasingly funded by governments around the world as part of their efforts to achieve carbon reduction goals. Hydrogen is also being embraced by oil and gas producers as a possible lifeline through which they can diversify.

Federal Energy Minister Angus Taylor has identified hydrogen as one of five “priority technologies” for future investment to reduce emissions and envisages Australia becoming a leading hydrogen exporter by 2030 after securing a $370 million fund for new hydrogen projects last year.

The federal government’s investment plan is “technology neutral” meaning public funding is available both to green and blue hydrogen. Proponents of renewable energy have voiced concerns that using hydrogen to store fossil fuel-generated energy could support the coal sector and prolong the operation of the nation’s ageing fleet of coal- and gas-fired power stations.

Like all diversified energy giants, Origin, whose portfolio spans coal, gas, renewable energy and liquefied natural gas (LNG), is coming under mounting pressure from environmentalists and top investors to accelerate the transition from carbon-intensive fossil fuels to cleaner energy in order to avert the worst impacts of global warming.