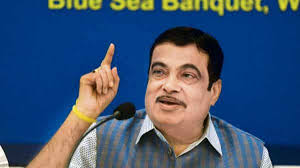 Lithium cells are the building blocks of rechargeable batteries for EVs, laptops and mobile phones

There is a need to reduce dependence on the import of lithium ion batteries, one of the key components in electric vehicles (EVs), road transport and highways minister Nitin Gadkari said on Thursday.

“In e-mobility technology, the most imp thing is we should not depend on import the material used to make these vehicles. Our priority is to make all these materials , particularly lithium ion batteries in India,” Gadkari said at the e-mobility conclave.

“We have given mines of lithium ion to two private companies. We expect to get raw material as early as possible. At the same time we are developing technology. We are also doing research on sodium ion technology,” he said.

Lithium cells are the building blocks of rechargeable batteries for EVs, laptops and mobile phones. Currently, India is heavily dependent on import of these cells as the battery metal is available in India. This is also one of reasons why battery manufacturing has not picked up significantly in India even as the finance ministry last year announced customs duty exemption on lithium-ion cells, to lower the cost. Globally, lithium-ion cell manufacturing is dominated by China, followed by US, Thailand, Germany, Sweden and South Korea.

According to the minister, there is a need to make more EVs as higher volumes will ultimately reduce the cost of the product. “It is (electric vehicle) is economically viable as compared to petrol, diesel vehicle,” he said. “In the due course of time I expect people to use it.”