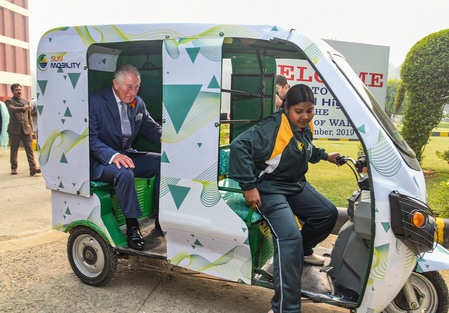 Over 50% new three-wheelers sold in India will be electrified by 2024: CRISIL 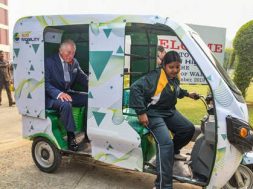 Over 50% new three-wheelers sold in India will be electrified by 2024: CRISIL

NEW DELHI: By 2024, as much as 43-48 per cent of new three-wheelers (excluding e-rickshaws), and 12-17 per cent of new two-wheelers sold in India will be electric vehicles (EVs), reveals a study by CRISIL Research.

The study looked at demand, supply and policy growth drivers for EVs such as battery costs, government subsidy and charging infrastructure, besides conducting a segment-wise analysis of the cost of acquisition and operation of EVs compared with existing internal combustion engine (ICE) vehicles.

Hetal Gandhi, Director, CRISIL Research said, “In the context, supply will also be a critical factor for adoption. The top five electric two-wheeler manufacturers are expected to increase their capacity for electric variants from 0.4 million units in fiscal 2020 to over 3 million units by fiscal 2024. And in three-wheelers, even incumbent original equipment manufacturers are launching e-autos at a rapid pace. But low-speed, four-seater e-rickshaws are fast emerging as an alternative to e-autos because of being 30 per cent cheaper.”

At the other end, sales of personal electric cars will remain in the slow lane due to high acquisition and ownership costs, in the absence of demand incentives.

“In the commercial vehicle space, subsidies to state transport undertakings will drive sales of electric buses for intra-city operations.”

In the commercial vehicle space, subsidies to state transport undertakings will drive sales of electric buses for intra-city operations.

Pushan Sharma, Associate Director, CRISIL Research said, “The government has created a policy push for EVs with the second instalment of the Faster Adoption and Manufacturing of Electric Vehicles in India or FAME II policy and numerous efficiency and emission regulations. However, India has much catching up to do in terms of the four drivers of growth globally – battery price, demand incentives, supply push, and charging infrastructure. That means policy implementation will be crucial to faster adoption of EVs in India.”

CRISIL Research expects the landed cost of a lithium-ion battery – a key driver of EV adoption in India – to come down in line with an expected drop in global prices by fiscal 2024.

Execution of the government’s phased manufacturing programme for EV batteries, too, will help drive down battery prices. Till then, EV adoption will be gradual, giving auto component manufacturers enough time to realign their operations.