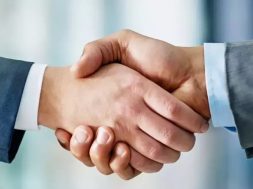 In Phase-1 of this pilot project, 1 megawatt (MW) power generation capacity shall be generated and 100 per cent free power shall be supplied to the general public, the spokesperson said adding that ONGC Energy Centre is the implementing agency for this pilot project.

The Phase-2 shall involve deeper and lateral exploration of geothermal reservoir by drilling optimal number of wells and setting up of a higher capacity demo plant in Ladakh, while Phase-3 shall be a commercial project as per discovered capacity, the spokesperson said.

“The signing of the MoU with ONGC for the rst geothermal project in India is a promising initiative towards innovative and sustainable development of Ladakh and also a step towards achieving the goal of carbon-neutral Ladakh,” the lieutenant governor said.