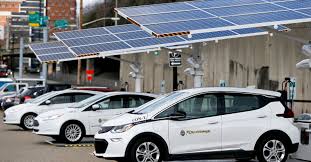 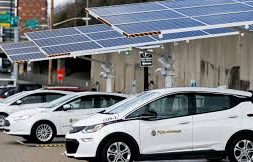 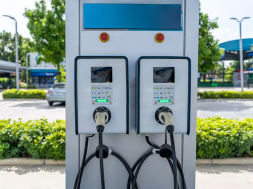 PHOENIX: The Arizona Corporation Commission is looking to spur an increase in the number of electric vehicles on Arizona roads, despite efforts by oil companies to slow them down.

The commission is to take up an Electric Vehicle Policy Implementation Plan today, designed to promote electric vehicles in Arizona and stimulate development of an EV support system, including statewide charging stations.

“Commission policies allow the utilities to both invest in charging infrastructure that will spur the greater adoption of electric vehicles,” she said, “but also to plan ahead so they can accommodate additional electricity demand.”

Not everyone thinks it’s a good idea for the commission to get involved. In the past few months, Chevron has asked oil-company retirees living in Arizona to oppose the agency’s electric-car policies, saying the vehicles are too expensive and shouldn’t be promoted. Of the hundreds of Chevron and Unocal retirees in Arizona, only a handful actually sent the company’s form letter to commissioners. A variety of other groups support the plan.

Brown said Arizona PIRG is encouraging the commission to include power utilities in EV make-ready and charging infrastructure plans, to ensure that rural and lower-income communities are served. She added that utilities also should be involved in EV pilot programs, and said the commission could develop a process to inventory the EV landscape in Arizona and assess long-term priorities to make EV use practical.

“Range anxiety is one of the biggest barriers Arizonans cite for why they haven’t yet purchased an electric vehicle,” she said. “The expectation is that the number of electric vehicles will double in the next few years.”

When it comes to EVs, Brown said, the state has plenty of room to grow. With all its wide-open space, Arizona ranks in the middle among U.S. states in the number of electric vehicles registered and in its development of EV infrastructure, according to the U.S. Department of Energy. The agenda item is online at docket.images.azcc.gov, and the DOE statistics are on Page 51 at nrel.gov.