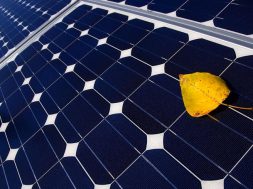 PetroVietnam to foray into renewables, eyes 900 MW by 2035 – report

PetroVietnam to foray into renewables, eyes 900 MW by 2035 – report

State-owned group PetroVietnam plans to step on the renewable energy stage by deploying 900 MW of renewables capacity by 2035, with an interim goal of 100 MW by 2025, Reuters reports.

The oil firm, previously known as Vietnam Oil and Gas Group, will undertake the plan as crude oil production in Vietnam has been declining in most of the country’s offshore oil fields. Developing renewable energy projects, thus, is seen as an “inevitable” step, the company has told the news agency.

Initially, PetroVietnam will install floating photovoltaic (PV) arrays at some of its hydropower dams and mount solar systems at the roof areas of its coal-fired power stations. The plan will be later expanded with investment from foreign and domestic players to include the development of utility-scale solar, wind and waste-to-energy projects across Vietnam.

The Vietnamese government has set a target for renewables to account for up to 20% of the country’s total energy output by 2030 with the ultimate goal of achieving a 44% level by 2050. Some 6 GW of wind and 12 GW of solar PV capacity are targeted by 2030, according to the national renewable energy development strategy.