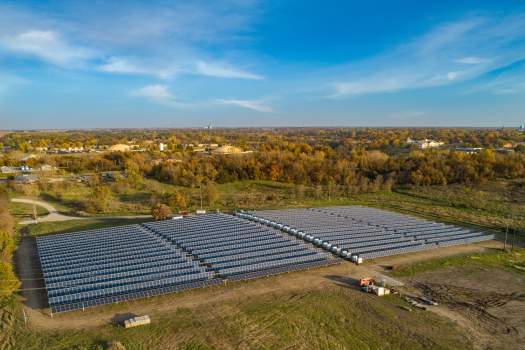 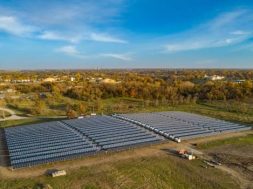 Additions of solar photovoltaic capacity last year exceeded those from any other single generation technology and are set to grow in the period to 2025, according to a new report from S&P Global Platts Analytics.

While global solar PV additions of 92 GW in 2018 were down about 9% year over year, Platts Analytics assumes additions will recover to between 100 GW and 110 GW per year for the period 2019-2025. “Although there are headwinds [relating to weakening currency and difficult financial conditions] the medium-term solar PV outlook is bullish,” said the report’s lead author, Bruno Brunetti.

Europe is “getting stronger again, India will have to be watched, while the Middle East and North Africa are the most interesting emerging markets,” he said. Growth in the United States meanwhile has been restrained by tariffs placed on imported panels in early 2018, but falling panel prices and the continued availability of certain tax credits has meant project development has largely continued at pace.

China remains the most important solar market, with large uncertainties on annual deployment due to the May 2018 cut in PV tariffs and subsequent move to encourage subsidy-free solar development.

In the main utility-scale solar auctions around the world, bids in 2018 generally trended lower relative to 2017, “but policy uncertainties and rising capital costs may prevent further declines in the near future,” it said.

With upsides for solar additions set to be the largest in key coal-burning countries such as China and India, coal is most clearly the fuel at risk, Brunetti said.

“It’s interesting though that China continues to bring coal units online [in 2018 about 38 GW of coal against 44 GW of PV], most likely to meet growing peak and reliability needs. A more notable development is the slowing of coal new-builds in India to only 4 GW per year, a sign of increasing competitiveness for solar versus thermal,” he said.

The report makes a “conservative assumption” of additions of 40 GW per year in China over the period, while in India the figure is put at about 11 GW per year.

While the European outlook was positive, even under a bullish forecast the risk for gas dispatch was fairly contained, Brunetti said.

Due to shrinking European nuclear and coal capacities, “gas dispatch could be impacted by 2 GW per year at most, assuming the high case from [sector association] SolarPower Europe (20 GW per year),” the author said.