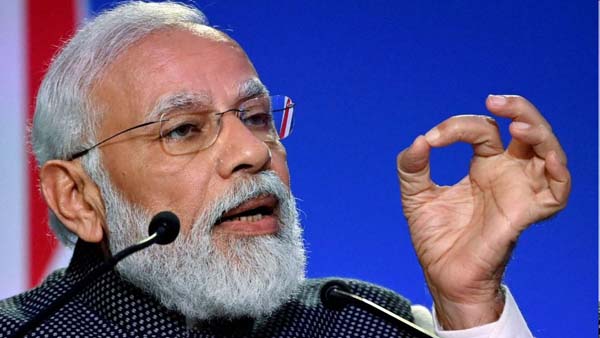 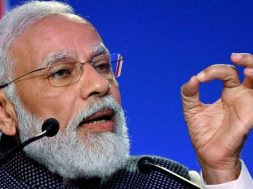 The Sectoral Group on Resources comprising Ministries of Power; Petroleum & Natural Gas; New & Renewable Energy; Coal; Mines; External Affairs; and Environment Forest & Climate Change is organizing a Webinar on “Energy for Sustainable Growth” at 10 AM on March 4, 2022 to discuss the initiatives of the Government of India in the energy and resources sector including the Budget 2022 announcements and to elicit ideas and suggestions for effective implementation of these initiatives.

The Webinar will have three different sessions. The plenary session from 10 AM to 10:30 AM would be addressed by Hon’ble Prime Minister, Sh Narendra Modi. This session will be followed by six thematic breakout sessions which would take place parallelly from 10.30 AM to 12.45 PM. The concluding session to be held from 2 PM to 3: 10 PM will be chaired by Sh RK Singh, Minister for Power and New & Renewable Energy.

Ministry of New & Renewable Energy (MNRE) will be conducting the breakout session on “Scaling up of Renewable Energy”, which will be moderated by Shri Indu Shekhar Chaturvedi, Secretary, MNRE and will have eminent speakers from public and private sector. The session will have following two focus areas:

(a) Solar Manufacturing: India has a target of installing about 300 GW of solar power capacity by 2030. To reduce dependence on imports and incentivize domestic solar PV manufacturing, Government has taken various policy and programme measures to enhance solar manufacturing in the country. The “National Programme on High Efficiency Solar PV Modules” was approved in 2021 to promote manufacturing of high efficiency solar PV modules, including the upstage vertical components like solar PV cells, wafers, ingots, polysilicon. Nearly 9 GW capacity of fully integrated solar PV module manufacturing units for Rs 4,500 crore of initial allocation has been awarded. An additional outlay of Rs 19,500 crore was announced in the Budget 2022-23. It is envisaged that about 40GW of solar module manufacturing capacity will be created with this allocation.

(b) Green Hydrogen: In the Independence Day address on 15 August 2021, Hon’ble Prime Minister announced the National Green Hydrogen Mission and stated the goal to make India the global hub of Green Hydrogen production and export. Ministry of New and Renewable Energy (MNRE) has accordingly developed the National Green Hydrogen Mission with the objectives of decarbonising major sectors of the economy, contribute to India’s energy independence and serving as an inspiration for the global clean energy transition. The proposed National Hydrogen Mission accordingly seeks to evolve a framework for demand creation, support for indigenous manufacturing, Research & Development, pilot projects in emerging areas, and an enabling ecosystem of policies, regulations and standards. The proposed measures are expected to scale up production, use and export of Green Hydrogen and its derivatives.

The session aims to seek suggestions from stakeholders and industry leaders to create a conducive ecosystem for manufacturing of next-generation solar PV modules and key aspects of building a robust hydrogen economy.