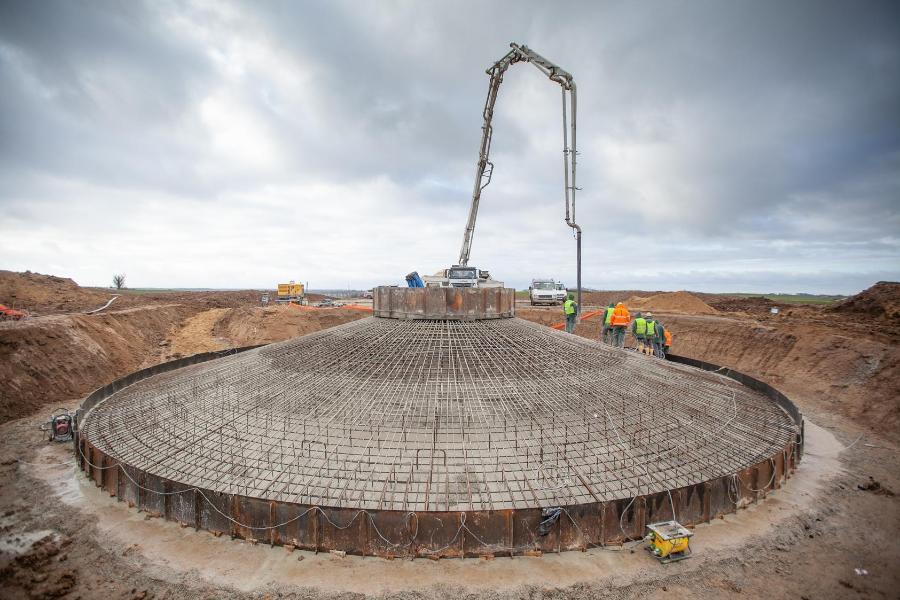 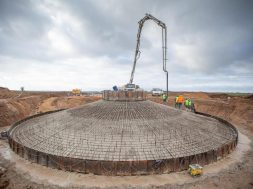 More windfarms will see the light near the Baltic coast in Poland. The European Investment Bank (EIB) has signed a loan agreement with Pomerania Wind Farm sp.z o.o., a subsidiary of Ignitis Renewables, which is part of Ignitis Group, a large-scale Lithuanian energy company. The EIB has agreed to lend PLN 258m (approx. EUR 60m) for the construction and operation of a medium-size onshore windfarm, consisting of 29 turbines, with a total installed capacity of 94 MW. The loan will cover around 47 % of the project investment costs. The EIB financing is supported by the European Fund for Strategic Investments (EFSI), the main pillar of the Investment Plan for Europe, in which the European Commission and the EIB are strategic partners.

The wind park is located in the Pomeranian Voivodship, approximately 50 km from the coastline of the Bay of Gdansk, in the municipalities of Dzierzgon and Stary Targ. Works have already started in July last year, and the project is expected to be operational in the spring of 2021. The wind park has an expected capacity of 300 GWh of electricity, potentially supplying around 75,000 households with the clean energy generated by the project, on an annual basis.

EIB Vice-President Teresa Czerwińska commented: “There is huge potential for generating energy from renewable sources in Poland, and this project is yet another example of how wind farms can contribute to the country’s energy mix and sustainable development. The EIB has considerable expertise in financing wind energy around the world. With our new Energy Lending Policy, we are committed to supporting even more such projects and we are happy that this particular project is very much in line with our climate objectives”.

Dominykas Tučkus, Board Member and Head of Business Development at Ignitis Group, said: “Sustainable development through the implementation of renewable energy projects not only in Lithuania but also abroad is top priority for the Ignitis Group in its Strategy 2030. Through these projects, we aim to increase our competitiveness and make a significant contribution to accelerated decarbonisation of energy sector”.

Paolo Gentiloni, European Commissioner for the Economy, said: “I warmly welcome that EIB financing under the Investment Plan is facilitating the construction of a new wind farm in Poland. Thanks to EU support, around 75,000 Polish households stand to benefit from clean energy. This is a tangible example of what the European Green Deal means concretely for Polish citizens. With every investment of this kind, we take another step closer to our goal of making the European Union climate neutral by 2050.”

Additional information about the EIB commitment for renewable energy sources:

In 2019, the EIB invested around EUR 4bn in renewable energy projects around the world, of which €945m for onshore wind farms. The new Energy Lending Policy, approved by the EIB Board of Directors in November 2019, is likely to trigger more investments in this sector. Based on recent dramatic cost reductions, the share of renewable energy technologies will increase substantially. Wind and solar power, in particular, are projected to represent the majority of low-carbon energy sources by 2050.

The EU has agreed to reduce greenhouse gas emissions by 2030 by at least 40% from 1990 levels. In this context, the EU climate and energy framework includes a binding target of at least a 32% share of renewables in the final energy mix by 2030. This is likely to translate into a share of around 60% of renewables in the electricity energy mix by 2030, with around 30% from variable sources (wind and solar).

Ignitis Group is an international energy company and one of the largest energy groups in the Baltic region. Its’ mission is to make the world more energy smart. Group companies produce, distribute and supply energy, as well as develop smart energy solutions. Ignitis Group gives priority to green energy, aiming to become the region’s main competence center for new energy and a leader in distributed energy solutions in the Baltic Sea region and beyond.