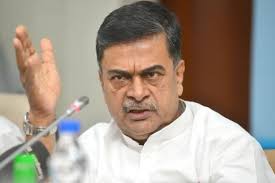 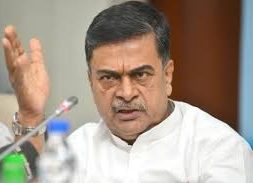 Singh wrote a letter to Finance Minister Nirmala Sitharaman seeking imposition of basic customs duty on imported solar cells and panels. BloombergQuint has reviewed a copy of the letter.

India is a signatory to the World Trade Organisation’s Information Technology Agreement signed in 1996 and solar photovoltaic cells and modules are classified under Customs Tariff Head 8541 and exempt from basic customs duty. The power minister, in his letter, sought a separate classification for solar panels.

This comes over three months after domestic solar equipment makers requested for a safeguard duty on solar cell imports from countries like Thailand and Vietnam.

To protect local producers, the government had imposed a 25 percent tariff on imports of Chinese and Malaysian solar cells and modules for the first year starting July 30, 2018, and 20 percent and 15 percent for the two subsequent six-month periods, respectively. The safeguard duty will expire in July 2020.

Still India’s solar equipment imports have not come down despite the safeguard duty. “For the first seven months of 2019, 77 percent of the solar cells and modules imported into India have come from China,” Rohit Gadre, analyst at BloombergNEF, told BloombergQuint in an e-mailed response.

Singh, however, said there should be no duty on wafers, silver paste, glass, aluminum frames, and other raw materials used for manufacturing of solar cells and panels till Dec. 31, 2023.

The proposal, if implemented, will increase total project cost of solar power developers by almost 20 percent which will further increase tariff to Rs 2.9 per unit, Shashi Shekhar, vice chairman at Acme Solar, told BloombergQuint over the phone, adding that distribution companies won’t buy at higher tariffs.

According to Indian Solar Manufacturers Association, the current installed capacity is 9 gigawatt for solar modules and 3.3 GW for solar cells.