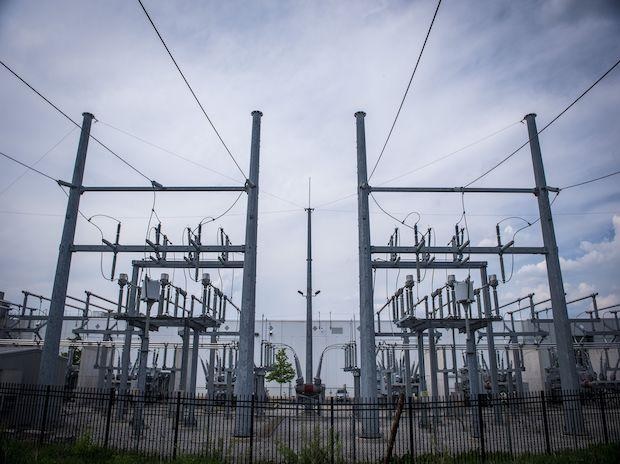 Shares of Adani Power were locked in 10 per cent upper circuit at Rs 71.40, surging 28 per in the past three trading days

Shares of electric utilities companies were in focus at the bourses on Thursday, with the S&P BSE Power index hitting a 52-week high in an otherwise subdued market amid expectation of higher power demand. Among stocks, Adani Power, Tata Power, Torrent Power, Adani Transmission and NHPC also hit their respective 52-week highs and rallied by up to 10 per cent on the BSE.

Among the individual stocks, Tata Power hit a 52-week high of Rs 111 after rising 5 per cent in intra-day. The stock was trading higher for the fourth straight day. The country’s largest integrated power company on Wednesday announced that TP Saurya Limited, the wholly owned subsidiary of The Tata Power Company, has signed a Power Purchase Agreement with Tata Steel (TSL) to develop a 15 MW solar project at Jamshedpur, Jharkhand.

The energy will be supplied to TSL under a Power Purchase Agreement (PPA) valid for a period of 25 years from scheduled commercial operation date. The project is required to be commissioned within 6 months from the date of execution of the PPA.

The plant is expected to generate an average of 32 MUs of energy per year and will annually offset approximately average 25.8 Million Kg of CO2. Tata Power’s renewable capacity will increase to 4,047 MW, out of which 2,687 MW is operational and 1,360 MW is under implementation including 15 MW won under this PPA, the company said.

Growth in solar business should continue to support Tata Power’s performance in the medium-term, despite challenges from coal mining and EPIC businesses, according to analysts at Geojit Financial Services.

“Pickup in demand for solar / renewable business should bolster company’s financial performance in the near to medium term. With company’s aggressive expansion in the recent quarters via increased capex spends plus new order wins, and integration of its local distribution companies, we expect company’s performance to improve in the coming quarters,” the brokerage firm said in December quarter results update.

Shares of Adani Power were locked in 10 per cent upper circuit at Rs 71.40, surging 28 per in the past three trading days. The stock was trading at its highest level since November 2019. The volumes on the counter more-than-doubled with a combined around 31 million equity shares were changing hands on the BSE and NSE. There were pending buy orders for 5.7 million equity shares, the exchange data shows.

In the past one month, Adani Power has outperformed the market by gaining 34 per cent, against 0.34 per cent rise in the S&P BSE Sensex.

During the October-December quarter (Q3FY21), Adani Power, along with the power plants of its subsidiaries, achieved an Average Plant Load Factor [“PLF”] of 75 per cent, and aggregate sales volumes of 19.1 Billion Units [“BU”]. The company had said improvement in PLF was due to higher demand for power under both long term PPAs and in the short term and merchant markets.

The management said as that India’s power demand reclaims its growth trajectory, Adani Power, with its modern and efficient portfolio is standing ready to fulfill the need for reliable, cost effective, and efficient base load supply. Even as the execution of strong growth pipeline progresses as per schedule, the company strives to enhance its operating efficiencies on all parameters, in order to realize maximum value of our operating assets.