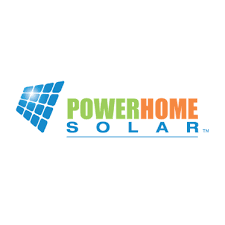 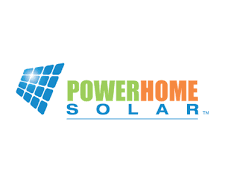 MOORESVILLE : With renewable energy expected to be the fastest growing source of U.S. electricity generation for at least the next two years, solar installer POWERHOME Solar is leading the charge and has been recognized by Solar Power World magazine for its installation efforts, achieving a national ranking of 6th among residential rooftop installers on the magazine’s 2019 Top Solar Contractors list. That’s up 6 spots from one year ago.

The rankings also make POWERHOME the No. 1 residential rooftop provider in the Midwest and Southeast markets.

“Solar Power World enjoys assembling the Top Solar Contractors list each year, and our 2019 edition features hundreds of companies making big impacts in local energy markets,” said Kelly Pickerel, editor in chief of Solar Power World. “Solar power is becoming competitive with traditional electricity sources in more markets, and cities and states are demanding more renewable energy options. It’s a great time to be a solar installer, and we’re happy to highlight the best installation companies in the country on our list.”

The U.S. solar market is expected to see 14% growth in 2019, with over 12 gigawatts of new solar power added to the grid this year — enough to power 2.28 million average American homes. This increase in installations is attributed to strong residential solar interest and a rush to get projects in before the 30% federal investment tax credit steps down to 26% next year.

“We’ve seen tremendous growth in the residential market in the eight states we serve,” said Jayson Waller, CEO POWERHOME Solar. “Our more than 8,000 customers are seeing the financial, environmental and convenience benefits of going solar and no longer simply relying on an antiquated grid.”

POWERHOME Solar offers a solar battery to accompany solar panel installation to enable customers to store excess energy instead of sending it back into the electricity grid. The battery installed by POWERHOME measures approximately 29x36x8 inches and weighs 214 lbs. Each battery stores 9.8 kWh of energy. That is enough energy to provide backup power to three critical loads such as a refrigerator, sump pump and microwave for up to a 24-hour life cycle.

POWERHOME Solar is an American company specializing in solar energy and roofing services. The company launched in 2015 in Mooresville, NC, and today has more than 650 employees. It is the largest residential rooftop provider of solar energy solutions in Indiana, Michigan, Missouri, North Carolina, Ohio, Pennsylvania, South Carolina and Virginia and has earned prior distinction as the No. 96 fastest-growing private company in the U.S. (2017 Inc. 500). For more information, visit www.powerhome.com.

Solar Power World is the leading online and print resource for news and information regarding solar installation, development and technology. Since 2011, SPW has helped U.S. solar contractors — including installers, developers and EPCs in all markets — grow their businesses and do their jobs better.