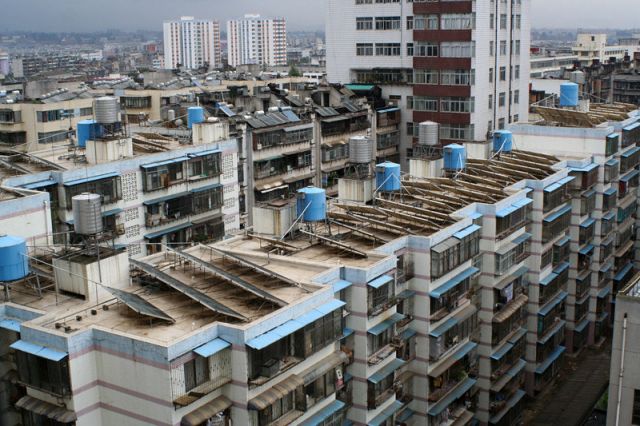 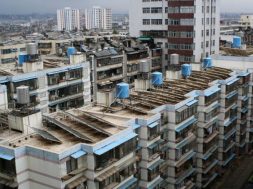 Following the outbreak of the new coronavirus (COVID-19), and its serious social and economic impact, China has started to stimulate its economy in an effort to recover. Provinces have announced their investment plans, in which new infrastructure plays an extremely important role. This infrastructure will also profoundly affect the development of China’s energy sector in the post-epidemic era.

With the gradual resumption of work and production in China, as well as the implementation of the economic stimulus plan, demand for power supply and generation capacity is expected to rise. As estimated by China Electricity Council, total electricity consumption in 2020 will increase 2-3% compared to 2019, even given a first quarter drop by 6.5%.

Meanwhile, China has kept its 2020 low-carbon target for the energy sector, to generate 15% of its energy mix from clean (non-fossil fuel) sources.

Ensuring that the coming increase in energy infrastructure and electricity generation comes from clean sources will help stimulate the economy while keeping to the green development pathway essential to addressing climate change. In fact, renewable energy can create more jobs and sustain more economic growth in the long-term.

However, efficiently getting renewable energy from its source onto the electric grid remains a challenge. Addressing this challenge will help ensure a stronger, cleaner economic recovery for China.

Before the coronavirus, China’s installed capacity of coal-fired power plants had been increasing (adding 43GW from January to June 2019, in addition to 1,000GW of existing installed capacity), while the rest of the world reduced its coal-fired capacity by a total of 8GW. The new stimulus plan may continue this resistance to global trends of decarbonizing the energy sector.

State Grid, the national electric utility company, announced on March 14 through a news release on work resumption, it will invest CNY 181.1 billion or $26 billion into constructing ultra-high voltage transmission lines (one of seven priorities under China’s new infrastructure plan) in 2020. This effort is estimated to attract more than $50 billion in additional investment from other sources to build supporting facilities and infrastructures, and it is bound to bring responsive investment on power generation capacity, which usually thermal power serves the larger proportion of the basic loads. This has further released the market share for the large-scale coal power projects.

Many, especially local governments, view the “GDP drive” to boost the economy after the COVID-19 pandemic as sufficient reason to continue coal power plants.

Renewable Energy Is a Better Economic and Environmental Bet

Coal power projects should not be considered as promising investments, especially given their negative impact on the environment and climate change, and given the industry’s declining economic viability. More than 100 financial institutions around the world recently pledged not to finance coal power, and the cost of renewable energy increasingly competes with the cost of coal. 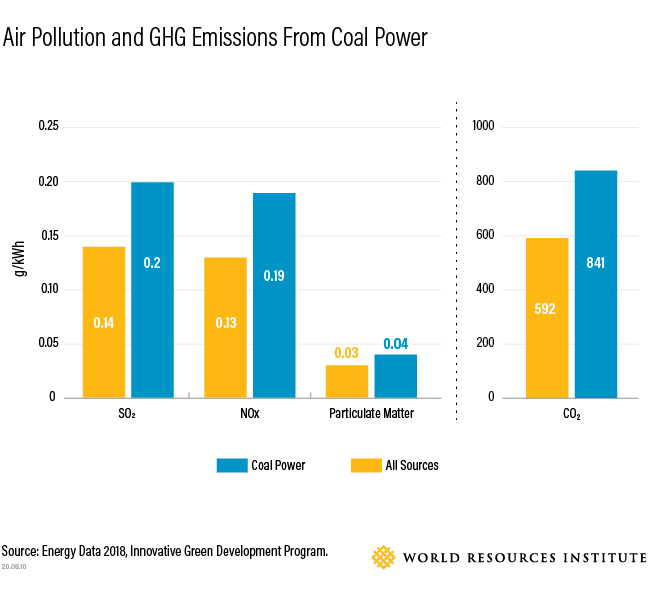 Renewable energy is to play more and more important and promising role globally and in China.

Compared with fossil fuels, the life-cycle environmental and emission reduction benefits of renewable energy are significant. For instance, solar photovoltaic power produces a carbon footprint of 15.4-50gCO2e/kWh (including manufacturing and building the facilities). The number could be even smaller with technological improvement. Even coal power plants with carbon capture and storage have life-cycle carbon footprints as high as 180-220gCO2e/kWh.

Besides greenhouse gas emissions from the power generation process, coal has a huge impact on the environment and water resources during the mining process. These hidden costs are actually shared by the whole society, and not fully reflected in the price of coal.

In the long run, renewable energy can provide more employment opportunities and promote sustainable economic development. IRENA’s 2020 Global Renewables Outlook shows that a low-carbon energy scenario (based largely on renewables), will create more jobs in the power sector than a less ambitious scenario, with new jobs in clean energy and related industries expected to outweigh job losses in fossil fuels. Renewable energy has rapidly developed over the last decade and provided China, which has always ranked first in the world for clean energy, with more than 4 million jobs. 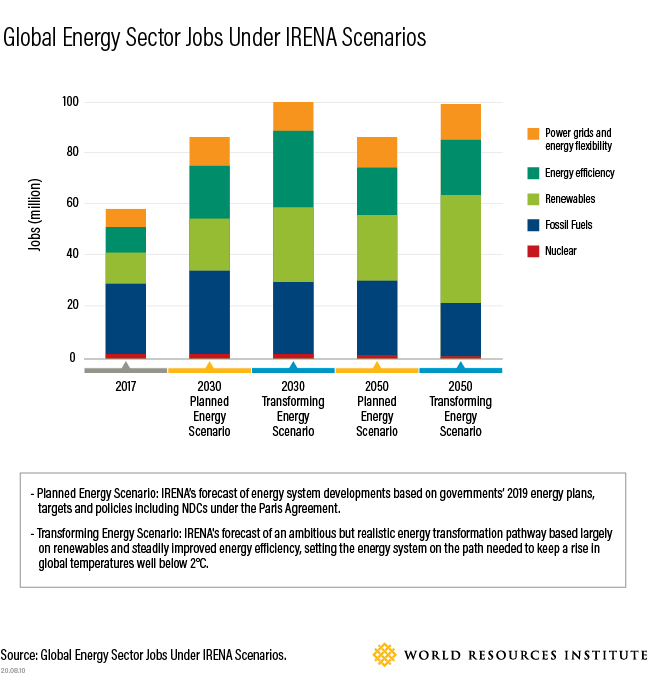 In 2020, all renewable energy projects participating in State Grid bidding are required to have the provincial utility companies’ advance permission to send excess electricity onto the grid. Affordable projects can enjoy preferential arrangements, but they are still not allowed to build as much capacity as they might want. Grid companies in some provinces require that locally distributed solar photovoltaics consume 100% of the electricity they generate before the projects can be connected to the grid.

In addition, 11 provinces are now requesting that new renewable energy projects include energy storage, such as batteries. Although the technology options are improving, few facilities so far include storage. The unit investment cost of these storage systems is currently around $300k/MWh, adding a significant investment cost to renewable energy projects.

In our opinion, the bottleneck must be broken in the following ways:

2. Specific Goals for the Electric Grid

The Law should also specify the maximum and minimum amount of renewable energy that can be connected to the central grid, and ask provincial grid companies to prioritize renewable sources when adding generating capacity. Implementing economic compensation for wind and solar facilities that have their electricity curtailed during times of excess power generation will also help build a friendly market space for renewable energy projects.

The government should establish a special green power procurement channel, which would allow more electricity customers to purchase power directly from renewable energy projects. Allow electricity users to choose the type of power they purchase from utility companies and encouraging more consumers to use green power would also help renewable energy projects to more fully use their generating capacity.

Decarbonizing the energy system can support short-term economic recovery while creating a resilient and inclusive economy in the long term. In the post-pandemic era, the successive announcements of economic recovery plans offer important opportunities to improve the environment for renewable energy development. Overcoming the current challenges to a clean power sector will lead to a bright future.