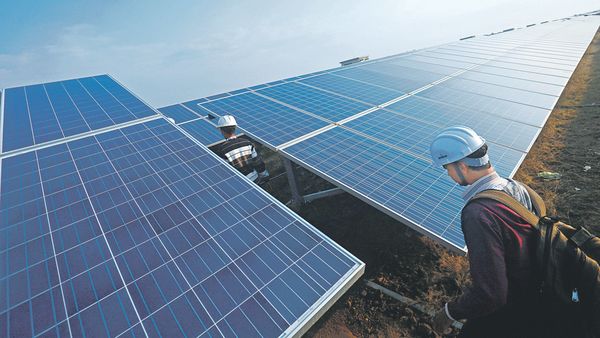 Promises are not meant to be broken, scream Sterling and Wilson Solar investors 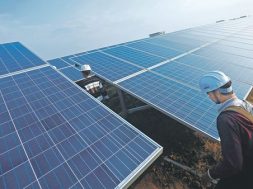 Promises are not meant to be broken, scream Sterling and Wilson Solar investors

The ink on Sterling and Wilson Solar Ltd’s (SWSL’s) initial public offering (IPO) share allotment certificates isn’t even dry yet and investors are having to grapple with a tweak in the terms and conditions.

When the company’s promoters, Shapoorji Pallonji and Co. Pvt. Ltd and Khurshed Y. Daruvala, set out to raise ₹4,500 crore by selling a part of their stake in the IPO, the stated plan was that part of the proceeds would be used to clear the loans they had taken from SWSL. But less than three months since the company’s shares listed, there is a change in plans, with an extension being sought for the loans.

The upshot: SWSL’s shares have fallen 36% in the past two trading sessions, and are now trading nearly 60% lower compared to the IPO price of ₹780 per share.

“When a company deviates from its objects of issue after raising funds through an initial share sale, institutional investors will sell without bothering about the share price,” said Arun Kejriwal, founder of Kejriwal Research and Investment Services Pvt. Ltd.

“Investors bought shares in the company’s solar business and want nothing to do with a side lending business, leave alone lending to the promoter group,” said Nitin Rao, founder of alphaideas.in, an investment blog.

The loans given by SWSL to other promoter entities stood at ₹1,935 crore at the end of March 2019. They were a red flag for investors even at the time of the IPO, given the troubles firms such as those in the Essel Group have had because of overleveraged promoters. Earlier this year, even Britannia Industries Ltd’s shares came under pressure when the quantum of inter-corporate deposits to group firms such as Bombay Dyeing and GoAir increased.

In SWSL’s case, an assurance that these loans would be repaid within 90 days of listing had helped the IPO crawl through. Note that the company cut the size of the IPO by about 30% mid-way, and even the curtailed book was subscribed only 92%. Still, having raised around ₹2,850 crore (before expenses), there was enough with the promoters to clear outstanding dues of the newly listed SWSL.

To their shock, investors discovered that instead of a net decrease in outstanding loans, there has been a slight increase in outstanding loans at the end of September to ₹2,085 crore ( ₹2,341 crore with interest). The promoter group has also requested for a revised repayment schedule to clear dues, adding that they “will endeavour to reduce the loans outstanding” by ₹750 crore by the end of the year. That doesn’t cut much ice with investors.

Among other things, Shapoorji Pallonji and Co. is in the troubled real estate business, where borrowing costs have gone through the roof. Investors are worried that the group is using SWSL to borrow cheap.

Given that the sharp drop in valuations hurts the promoter group the most—the value of its stake in SWSL is down from around ₹10,000 crore at the IPO price to ₹4,000 crore now—it makes sense to clear the air by quickly clearing the dues owed to SWSL.