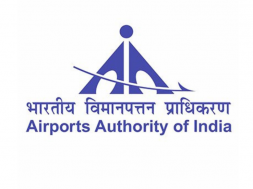 A report stated that urbanisation has led to an almost 29 percent increase in carbon emission as well as other greenhouse gases within the last six years. The report was prepared by the International Council for Local Environment Initiative (ICLEI).

Pune: Raising serious environmental concerns, a recent report released by the Pune Municipal Corporation (PMC) states that urbanisation has led to an almost 29 percent increase in carbon emission as well as other greenhouse gases within last six years. The report, called Environment Status Report (ESR), was released on Wednesday.

The report was prepared by the International Council for Local Environment Initiative (ICLEI). The same organisation also prepared a carbon inventory for the civic body. The inventory found out that greenhouse gas emission in the city was very high. GHG emission was calculated as high as 60,11,474 tonnes in Pune.

Another carbon inventory was created by The Energy and Resources Institute (TERI). It calculated that GHG emission in the city was about 46,61,064.20 tonnes in 2016-2017.
It was found that the maximum emission was released from residential categories which were recorded around 19.43 lakh tonnes. As a justification, it was stated that emission was more from residential areas because of the consumption of electricity along with petroleum products.

The report stated that water treatment, power consumption sewage treatment also contributed to carbon emissions up to 2.19 lakh tonnes. The electricity consumption in the Pune city is maximum in the residential sector.

It is surprising that the emissions have reduced in the commercial and industrial sector. The report also stated that use of renewable energy has increased in Pune. A report in Indian Express stated that this occurred due to discount in property tax for residential areas which use environmental friendly measures.

tags: Pune’s urbanisation comes at a price: Greenhouse gas emissions increase by 29%
34
previous NRSE PROJECTS WORTH RS 100 CR TO COME UP IN PB
next At 62.8 GW, India using just 7% of renewable energy potential