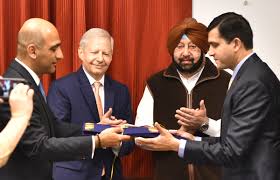 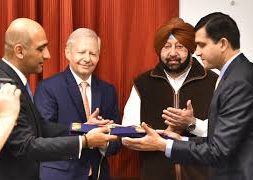 Chandigarh: The Punjab government Monday signed an MoU with a Delhi-based company for a Rs 630-crore project which will produce biofuel from rice husk.

The technology for the project will be provided by the US giant Honeywell.

The company, Virgo Corporation, will use the technology to produce biofuel from rice husk to set up a rapid thermal processing plant, which will provide over 150 direct and 500 indirect jobs, an official spokesperson said.

The project would pave way for potential future collaborations in terms of investments, technology transfer between Punjab and the US, the spokesperson added.

The memorandum of understanding (MoU) was signed in the presence of Chief Minister Amarinder Singh and US Ambassador to India Kenneth I Juster.

The project would go a long way in containing environmental pollution due to stubble burning, besides supplementing the income of farmers by helping turn the unmanageable agro-waste into raw material for producing biofuel, Singh said.

He pointed out that every paddy season, the state generates nearly 20 million metric tonnes of paddy straw, which would be scientifically utilised for manufacturing biofuel.

Singh hailed the project as a landmark that would be instrumental in generating renewable energy.

With the shift towards renewable energy, Punjab would also augment its power generation capacity with a commitment for a cleaner future, he added.

Besides incentivising farmers to sell their crop stubble in lieu of burning it, the project would support the government’s requirements for national biofuel blending targets as well as important air quality initiatives, such as the National Clean Air Programme (NCAP), said the CM.

The US Ambassador said the project was of critical importance as it demonstrated how collaboration towards a common vision could bring sustainable solutions and positive change.