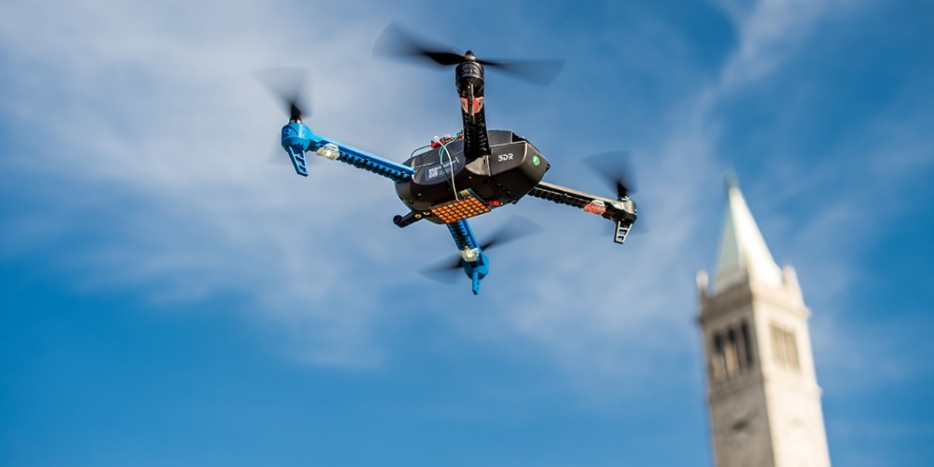 PV Cell-Powered Drone in the Offing 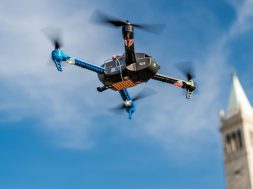 PV Cell-Powered Drone in the Offing

U.S. scientists are currently developing a brand new type of PV cell, dubbed thermophotovoltaics cell (STPV), which can power drones for several days of flight. This is a far cry from the existing battery-powered drone models which have a cruising ability of less than 30 minutes.

The PV cell differs from the existing models significantly, in terms of structure, operating method, and cost.

STPV contains an absorber and an emitter, on top of a PV cell. Consisting of nano-carbon tubes, the absorber absorbs sunlight which boosts temperature gradually to the ultra-high level of 1,000 °C before transmitting the heat to the emitter, which is made of silicon or rare earth. The emitter can emit magnetic waves at a specific wavelength for full absorption by the PV cell below. 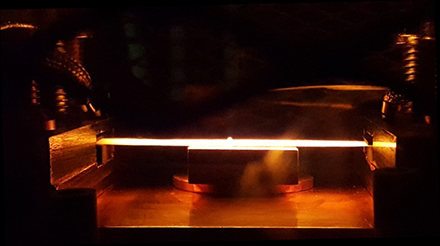 STPV being heated by a light-emitting graphite rod

According to the STPV research team of the University of California, Berkeley, the outlook for STPVs is optimistic. Eli Yablonovitch, a professor at the university’s Department of Electrical Engineering, pointed out that with a sophisticated structure and high efficiency, STPVs boast a wide range of applications. This includes the small 100 W model which is used for powering drones and the ultra-large 100 MW model which is capable of supplying the power needs of 36,000 households.

In order to enhance the conversion rates of the PV cell, the research team is currently experimenting with the installation of a reflective mirror on the reverse side of the cell, which can produce high-energy photons and enhance power output to significantly boost STPV efficiency.

The team has also successfully produced a simple golden mirror which is capable of increasing the thermophotovoltaic efficiency to 29%; with the coating of a dielectric layer, the thermophotovoltaic efficiency of the cell can be raised even further, to 36%. It can even hit 50% with the improvement of the PV cell itself, which is a far cry from the existing level of 23%, according to the team.