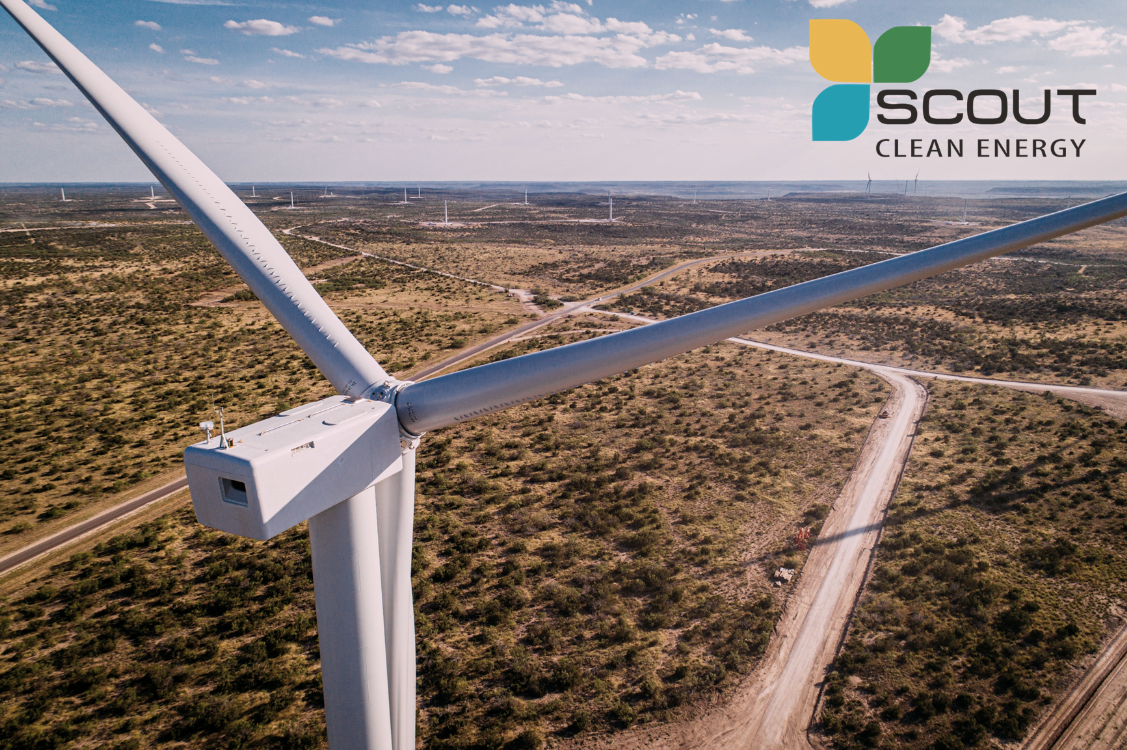 New York, NY  : Quinbrook Infrastructure Partners (“Quinbrook”), a specialist investment manager focused exclusively on new infrastructure needed for the energy transition, announced today the execution of binding contracts for the sale of its portfolio company, Scout Clean Energy (“Scout”), to Brookfield Renewable for c. US$1 billion in cash on completion.

Quinbrook acquired Scout as a start-up in 2017 for an initial investment of just US$6 million. A partnership was established with Scout’s founder and CEO Michael Rucker to create a large-scale, vertically integrated wind power producer focused on the development, construction, ownership and operational management of large-scale wind power assets diversified across multiple US states and power markets.

Over that period, Quinbrook deployed a further US$470 million of equity capital from its managed funds and spearheaded the rapid growth of Scout into a fully integrated developer, owner and operator of a diverse and multi-technology asset portfolio spanning 1,200 MW of operational wind projects in four states, including 400 MW managed on behalf of third parties, and plans to deliver over 22 GW of wind, solar and storage projects across 24 states by the end of this decade. Of these projects, 8.6 GW have interconnection queue positions and 2,500 MW are in late-stage development with pending construction starts.

Scout’s pipeline has grown rapidly since 2019, in particular, and has achieved 65 percent year-on-year growth in scale over that period. Over 130 landowners in regional areas have benefited from long term land lease programs, and local communities hosting Scout projects have benefited from more than 3,400 local jobs supported and over US$240 million in committed financial benefits. Scout’s operating projects have generated an estimated 8.5 TWh of carbon-free power to date, avoiding an estimated 6 million tCO2e of carbon emissions based on average grid intensities.

Headquartered in Boulder, Colorado, Scout today employs over 112 professionals across development, construction and operations and occupies a credible ranking amongst the leading independent renewables businesses in the US market.

Michael Rucker, CEO and founder of Scout commented, “When Quinbrook first decided to sponsor Scout as a portfolio company, we were a very small team with big dreams. With the leadership of David and his team, Scout has been able to rapidly expand its diverse pipeline of wind, solar and battery storage projects across the United States. The accelerated growth Scout has experienced is a direct result of Quinbrook’s support and confidence in our business model. I am forever grateful that David and his specialist investment team at Quinbrook had the confidence to invest and execute on our plan to become a major vertically-integrated developer, owner and operator in US renewables.”

Quinbrook Infrastructure Partners (http://www.quinbrook.com) is a specialist investment manager focused exclusively on renewables, storage and grid support infrastructure needed to drive the energy transition in the US, UK and Australia. Quinbrook is led and managed by a senior team of power industry professionals who have collectively invested c.US$8.2 billion equity in energy infrastructure assets since the early 1990s, representing a total enterprise value of c.US$28.7 billion or 19.5 GW of power supply capacity. Quinbrook has completed a diverse range of direct investments in both utility and distributed scale onshore wind and solar power, battery storage, reserve peaking capacity, biomass, fugitive methane recovery, hydro and flexible energy management solutions in the US, UK and Australia. Quinbrook is currently developing and constructing some of the largest renewables and storage infrastructure projects ever undertaken in the US, UK and Australia.

Scout Clean Energy is a renewable energy developer and owner-operator headquartered in Boulder, Colorado with over 1,200 MW of operating assets. Scout is actively developing a portfolio of over 22,000 MW of onshore wind, solar PV, and battery storage projects across 24 US states. Scout has expertise in all aspects of renewables project development, permitting, power marketing, finance, construction, 24/7 operations, and asset management. Scout is a portfolio company of Quinbrook Infrastructure Partners.