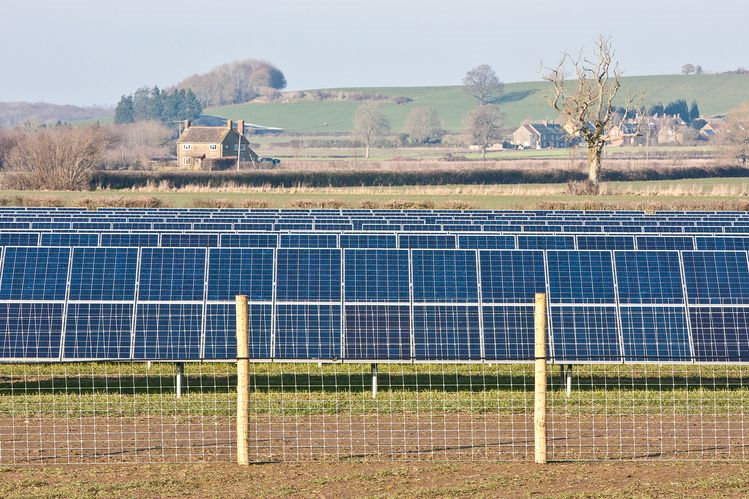 As the market for green energy develops, the firm has diversified its investments into renewables and energy storage.

A solar farm in southern England. The intermittency of renewable-energy sources has focused attention on storage.

Quinbrook Infrastructure Partners is to build the UK’s largest solar project in combination with a major battery installation as the investment firm bets that combining renewables and energy storage will be a winning strategy against a backdrop of volatility in the power market.

Quinbrook, which focuses on renewable energy, storage and infrastructure that supports the power grid, said it plans to spend £270m on setting up Project Fortress in the county of Kent in southeastern England. The firm said the facility — which is expected to come online in 2023 — will have more than three times the generating capacity of the country’s largest operating solar photovoltaic power project and include batteries to store the solar power.

The London-headquartered firm, which manages assets worth more than $2bn, has acquired Fortress from UK energy supplier Hive Energy and German developer Wirsol Solar. Quinbrook will act as owner-operator of the site and plans to sell energy-supply contracts for the project over the coming months.

The purchase comes at a time when Europe’s energy crunch, the result of a lack of wind and surging natural gas prices, has put several UK consumer power suppliers out of business and created problems for a raft of industries.

The intermittency of energy from solar and wind and the volatility it brings to energy grids have focused attention on storage as a crucial part of the plans to transition away from fossil fuels.

The UK strategy of Quinbrook, which also invests in the US and Australia, has changed in recent years after the firm previously invested primarily in conventional onshore wind and solar projects, said co-founder David Scaysbrook.

“We’re not really focused on plain-vanilla wind and solar as we think the market is changing and diversifying very rapidly,” Scaysbrook said, adding that integrated solar and battery projects “are the most potent technology combination from a cost perspective and because they’re highly complementary”.

The Fortress project was given the green light by the UK government in May 2020 and Quinbrook expects it to provide around 350 megawatts of energy, enough to power 100,000 UK homes. The project’s energy-storage component will have a 150-megawatt capacity and use lithium phosphate batteries.

Grid storage capacity in the UK is set to soar. According to trade group Electricity Storage Network, there is currently more than one gigawatt of battery storage connected to the country’s grid, with a further 6-8 gigawatts having received planning permission and a grid connection agreement.

Investing in renewables and batteries to store their energy isn’t the only strategy Quinbrook is using to profit from the way that policies favouring green energy are changing the energy market.

The Fortress deal follows other UK investments including the purchase of Rassau Grid Services in Wales last year.

The facility operates a grid-stabilisation system called a synchronous condenser that mimics the stable energy flow of coal-and-gas plants. Quinbrook operates around 30 grid-support projects around the UK Scaysbrook said they were built in anticipation of grid volatility, but that policy makers “would have pressed fast-forward on these projects and done them a lot sooner” had they anticipated the scale of the recent market crunch.

Along with two Nevada-based solar-and-battery plants, Project Fortress will bring Quinbrook’s solar-and-battery projects portfolio to more than 1.6 gigawatts of solar power and 1 gigawatt of battery capacity, representing over $2.5bn in project capital investment, the firm said.