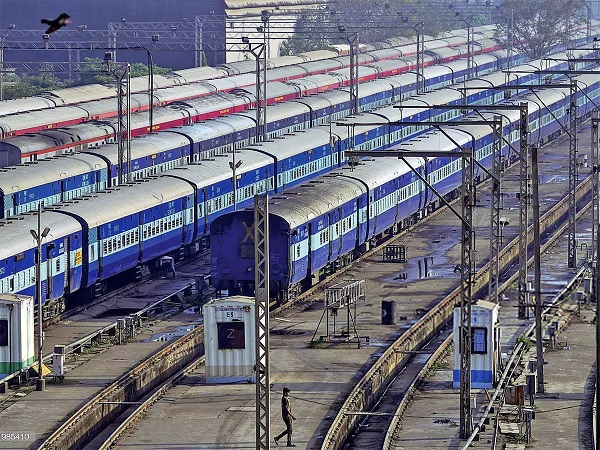 The Railways is reassessing if its ambitious plan to convert diesel locomotives into electrical ones is economically and technically the best way to deal with these ageing engines which barely have five to six years of life left, a senior official said.

Addressing an online media briefing, Railway Board Chairman, VK Yadav said a high-level committee has been formed to explore the pros and cons of the conversion plan.

The Railways had said in 2018 that it was working on a master plan to convert its entire fleet of diesel locomotives into electric ones at less than half the cost of refurbishment of diesel engines.

In February last year, Prime Minister Narendra Modi flagged off the first converted locomotive in Varanasi which was pitched by the Railways as the world’s first-ever Diesel to Electric Converted Locomotive.

¨We have formed a high level committee to explore if converting the diesel locomotives was economically and technically the most viable thing to do,” Yadav said.

“These diesel locomotives which are converted are very old and have around five to six years of life left. Upon conversion, they have a lifespan of 5-10 years more. Also, now, we are using 1,2000 HP, 9,000 HP locos, the old ones are around 4,500 HP. We are working on the pros and cons of the conversion,” he said.

The committee is expected to provide a report by August 15, he said.

¨We are exploring which is beneficial — putting in money and converting these low horse power locos and getting only very limited years of working vis-a-vis if we manufacture a new locomotive with higher capacity. We are looking into these things,” he said.

As of now, the Railways has converted three diesel locos into electric ones at a cost of around Rs 2 crore each conversion, officials said.

The conversion move is part of the Railways’ plan of a total shift to electric traction, thereby reducing its fossil fuel consumption of about 2.83 billion litres per annum.

Yadav also said the Railways was discussing if these diesel locos could be exported to neighbouring countries which still use diesel engine.

¨We need to see how we can best utilise these locomotives. We can send them to neighbouring countries which need them. However, they are on standard gauge while we are on broad gauge. So, we need to convert our bogies in that case.

¨We could also do away with the mid-term rehabilitation of such locomotives which are done after 18 years and decide to auction off their parts. We are looking at all possibilities and a final decision has not been taken yet,” he said.

The first Diesel to Electric Converted Locomotive was done at Diesel Locomotive Works (DLW) in Varanasi last year under the ‘Make in India’ initiative. This was done by converting two WDG3A Diesel Locos into a Twin Electric WAGC3 loco of 10,000 HP.

0
previous Not a two-group company, have no 'quasi-partnership' with Cyrus Investments: Tata Sons to SC
next Revocation of GR not to impact discussion over PPA with Mundra plant: Tata Power