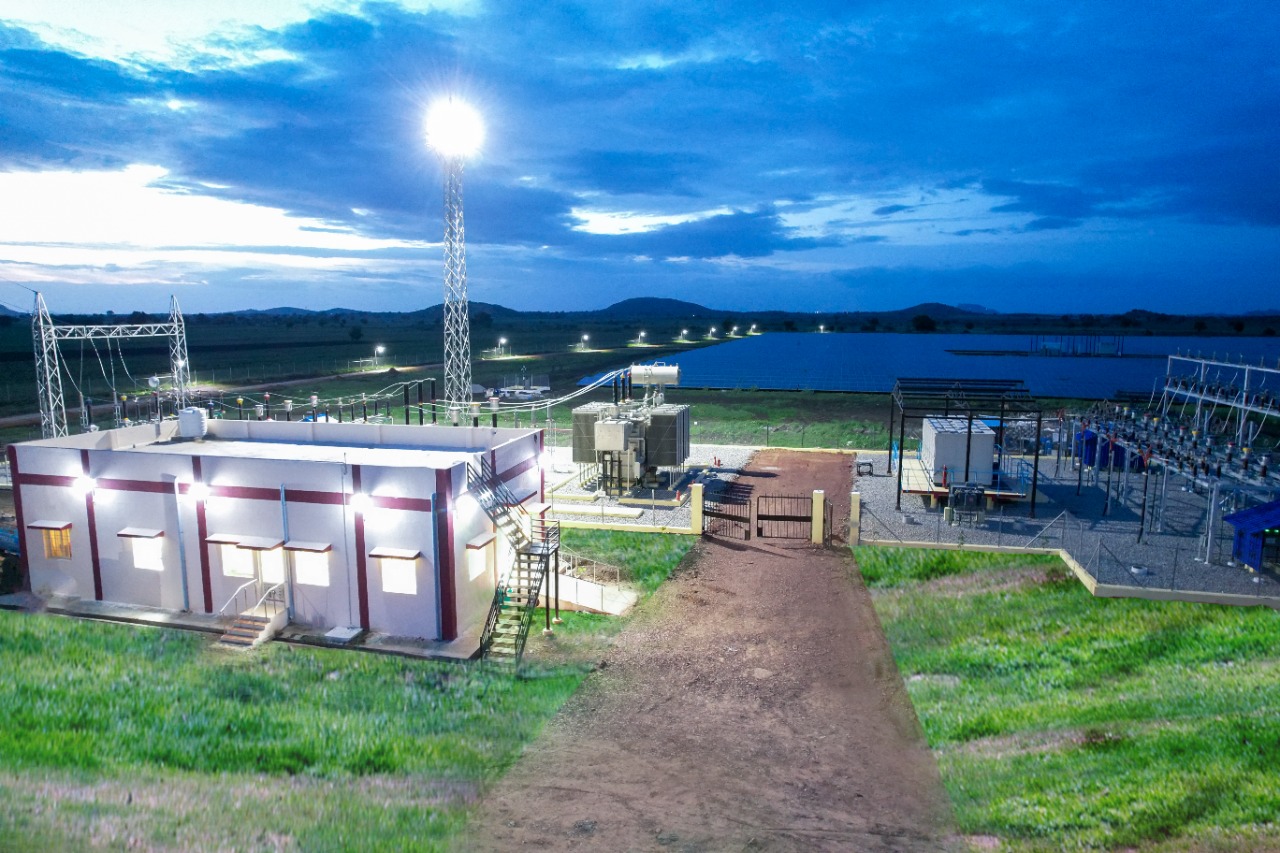 Jaipur: Rays Power Infra today announced the inauguration of a 150MW grid-connected solar power plant in Raichur and Koppal, Karnataka. This project will approximately reduce 1,56,400 tons of CO2 and produce 2,40,000 MW of green energy per year. The entire project has been executed by Rays Power Infra’s in-house EPC team within the scheduled time frame with zero near misses and fatalities.

Along with reducing industrial carbon footprint and producing green energy, this project also benefits the local community in general and local women in particular by providing employment and technical training.

Ketan Mehta, Managing Director & CEO, Rays Power Infra, said, ” We are delighted to announce that the Raichur & Bennur solar power plants are now operational. Rays Power Infra provided end-to-end services, from securing the land and connectivity, signing bilateral PPAs with C&I consumers, designing the system, procuring construction components including PSS and transmission lines, to commissioning the project. Despite facing an extraordinarily challenging execution environment due to the pandemic, Rays was able to commission these high-quality plants on time. In fact, SAP software was implemented to monitor the entire construction schedule effectively to ensure timely project delivery. Every safety measure was taken into consideration, along with regular CSR activities like daily food and essential distribution to the community. Apart from this, monthly free health camps were also conducted for everyone directly or indirectly associated with the project.

While the project is focused on solar energy, it has also created several job opportunities for the local people. We are now focusing on establishing more such power plants in Karnataka and other States as well.”

Ray’s Power Infra is one of the leading solar players in the country with a commissioned 1.15 GWp portfolio. The company has initiated the execution of 500 MWp of solar energy with expected commissioning in the next nine months to offset the power requirements of consumers in India and overseas. Out of this 500 MWp, 220MWp would be developed in India, and the remaining 280 MWp will add to the brand’s international portfolio. It is also developing 2×900 MW ac solar parks in Rajasthan, which will be utilized for setting up utility-scale and C&I projects.

The company has a global presence having installed large-scale solar projects in Vietnam and Bangaldesh. Rays Power Infra is expanding its presence across Asia, Africa, and Australian regions.

Rays Power Infra was established in 2011 and has since become one of the pioneers in the Solar Park regime. The company is now an established player in Turnkey Solar EPC services, catering to the increasing renewable energy demands in the country. With its presence in almost all significant corners of the country, Rays Power has significantly contributed to the country’s National Solar Mission.

Apart from being an EPC solution provider, the brand is known for its differentiated and unique ‘Co-Developer’ approach offering cost-effective investment returns to private equity investors. Due to these traits, it has gained the confidence of customers and investors in a short stint. The brand also owns projects in the Independent Power Plant (IPP) model for both ground-mounted & rooftop segments. Over the years, Rays Power Infra has gained expertise in the transmission, power distribution, and rooftop segment. Being a competitive solar EPC management organization in India, it extends support extensively in Consulting – Engineering – Contracting – Commissioning services. It is also a massive contributor to the solar movement in the country.

Various recognitions, including “Most Promising Brand in Power and Energy Sector” by WCRC (1) in London in 2015, clearly depict the company’s success story. In 2015, the company was ranked as the 3rd Largest Solar EPC Player in the country following which it again was recognized as one of the top 10 players across the globe apart from US & China in 2017 (SOURCE- IHS MARKIT 2017).