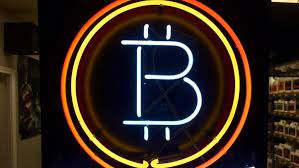 1. What is Bitcoin mining?

Bitcoin mining refers to the process where a global network of computers running the Bitcoin code work to ensure that transactions are legitimate and added correctly to the cryptocurrency’s blockchain. High-powered computers are used for mining bitcoin whose sole function is to run algorithms to solve the mathematical problem that allows their owner to win a Bitcoin block and the revenue that comes with it. Bitcoin mining is usually a large-scale commercial affair done by companies using data centers with purpose-built servers. Mining farms can have many mining computers held in warehouses.

2. How is Solar power and bitcoin interconnected?

Bitcoin mining requires a huge setup of computers that need to be run 24 x 7 consuming a lot of energy. Bitcoin, the world’s largest cryptocurrency, currently consumes an estimated 150 Terrawatt-hours of electricity annually. The number is large and due to the increasing popularity of bitcoin, the miners are installing n-numbers of computers just like a farm!

As Bitcoin mining increasingly demands in the future may cause energy crises, But By installing solar, a Bitcoin miner can save 100% of electricity consumption! This is how the Crypto Miners are now attracted to the clean source of energy which saves their money as well as they do not have to rely on the grid for energy consumption. Miner produces their own energy and this concept is known as Bitcoin Mining powered by Solar. Thus For sustainable Bitcoin mining, solar in particular seems to be the leading edge.

Electricity From Solar Panels Is Inexpensive. It is proving to be an excellent investment for mining companies with the skills and resources to put up solar-powered rigs in remote desert locations. Assuming that you have already paid for the solar panel installation, the cost of mining is almost nothing. Reduced dependence on electricity, a common source of financial strain for mining operations, opens up additional profit opportunities to all.

The first bitcoin mine 100% powered by solar energy is under construction. Tesla to power bitcoin mine with solar energy. Tesla solar panels and Megapack batteries are being deployed in Texas in order to mine bitcoin with 100 percent renewable energy.

Construction started in April 2022 in Texas, USA. Blockstream and block have joint forces to build a 100% off-grid renewable energy bitcoin mining facility. It consists of 3.8MW of solar panels combined with 4 Tesla Megapack battery units with the capacity to store up to 12MWh of energy.

The technical details were:

● The total cost of the plant is estimated at $12 million USD.
● Out of the 3.8MW of solar power installed, 1MW will be used to mine bitcoins and 2.8MW will be used to charge the batteries;
● Batteries are required so that the solar-powered bitcoin mine can operate 24/7;
● Assuming a performance of the solar plant of 2200 equivalent hours, 25% of the day the mine will be powered by solar panels and 75% by batteries. Hence the ratio of 2.8MW batteries / 1MW bitcoin mining;
● ~178MWh of energy will be required to mine 1 bitcoin.

The future of Cryptocurrency seems Green, with technological advancements in Crypto Mining & solar power. The combination of both is really the next big thing to watch out for. In India, crypto mining is not much popular, but as the government is launching its own cryptocurrency in near future, the solar crypto mining market will be the game changer in the energy sector. Bitcoin mining can fund zero-emission power infrastructure and build economic growth for the future.