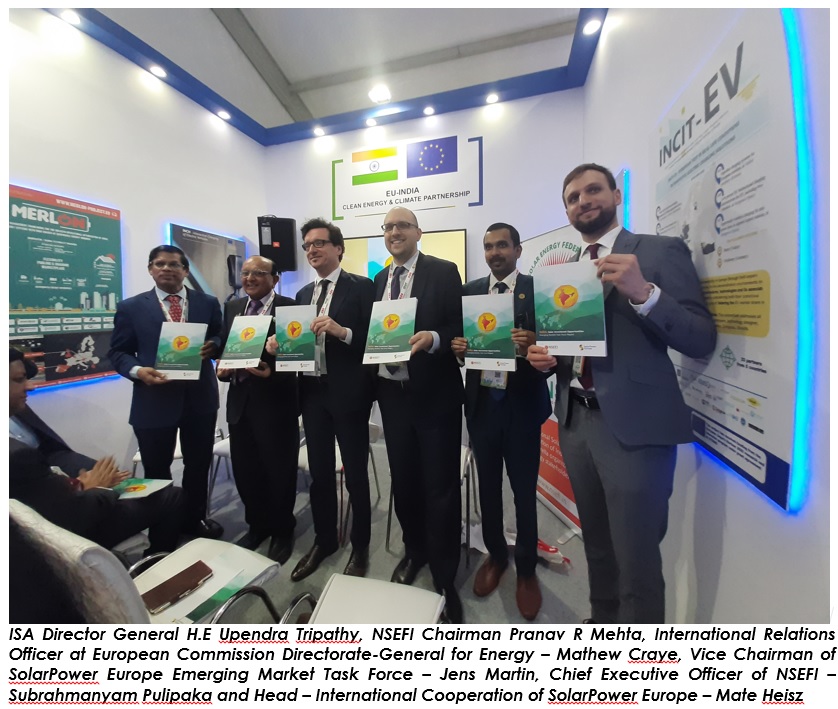 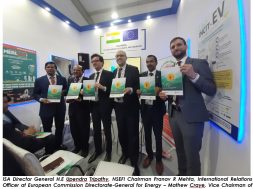 This report presents findings of SolarPower Europe’s Emerging Market Task Force on solar investment opportunities in India and supported by NSEFI. It characterises India’s energy context and relevant stakeholders, as well as the regulatory framework for investment. The research finds that India has huge solar PV potential, which the Indian government encourages to avail. To effectively do so, however, the country’s financial, technical and administrative environment, could still be improved. The report concludes with recommendations for investors, policymakers, development finance institutions, and local private stakeholders to take into consideration from issues ranging from GST, DISCOM financial health, need of robust O&M framework and stringent actions on PPA renegotiations.

Addressing the Audience, ISA DG H.E Upendra Tripathy Highlighted the cooperation between European Union and International Solar Alliance and lauded the efforts of NSEFI and SolarPower Europe for coming up with this initiative.

NSEFI Chairman Pranav R Mehta said “India continues to be one of the most attractive markets for solar investment in the world. Through this report, in collaboration with SolarPower Europe, we aimed at highlighting key policy aspects related to domestic manufacturing, and increased attention to distributed generation – including agricultural pumps and rooftops and prescribed enabling policy initiatives that can help India achieve its ambitious target of 100 GW and attract more investments”

Speaking on this Occasion, SolarPower Europe’s CEO Walburga Hemetsberger said “Solar power is the world’s fastest-growing power generation source, outstripping the growth of all other forms of power generation. India has quickly become one of the world’s leading solar markets, with our new report showing close to a Terawatt potential. The report, in collaboration with the National Solar Energy Federation of India, highlights the opportunities for growth as well as recommendations for investors, policymakers, development finance institutions, and private stakeholders looking to accelerate solar in India.”